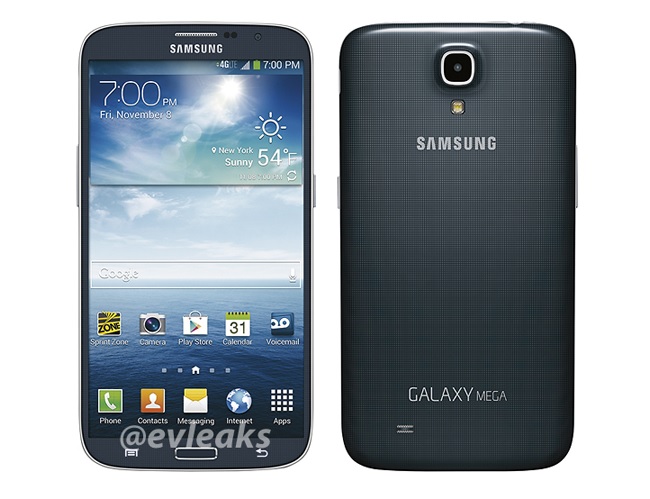 Samsung Galaxy Mega 6.3 is expected to hit Sprint as a mid-range phone. The handset doesn’t bring top of the line specifications, but still brings a pretty decent spec sheet at the table. The handset features a gigantic 6.3-inch HD display boasting a resolution of 1280 by 720 pixels, a dual-core Snapdragon 400 chipset with a clock speed of 1.7 GHz, Adreno 305 and 1.5GB RAM.

On the storage side, the handset comes with a 8/16GB internal storage with a microSD card support of up to 64GB. Samsung Galaxy Mega 6.3 also features a 8MP back camera as well as a 1.9MP front-facing camera and runs Android 4.2.2 Jelly Bean out of the box. Other features include WiFi, LTE connectivity, Bluetooth and NFC.

There are no details about the official availability, but we hope that Sprint will spill the beans pretty soon.