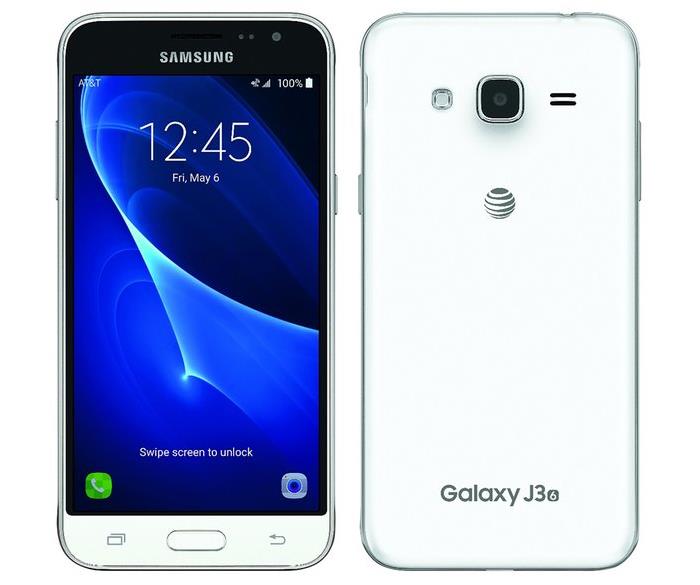 The new Samsung Galaxy J3 (2016) may soon launch on one of the major carriers in the United States, AT&T.

There’s no official word from the carrier, but the prolific Evan Blass aka @evleaks recently posted a press render of the Galaxy J3 (2016) with AT&T branding on the device.

There’s no word if the handset will hit retail on AT&T only in white color or if other colors will be offer — we’ll have to wait a little more to find out about the pricing and availability details for the handset.

Samsung Galaxy J3 (2016) comes with a 5-inch display sporting a resolution of 1280 by 720 pixels, a 1.2 GHz Cortex-A7 CPU, 1.5GB of RAM, 2600 mAh battery and ships with Android 5.1.1 Lollipop as its operating system. The camera module and internal storage varies depending on the market so we’ll have to wait for AT&T to officially launch the devices to see how much storage they will offer — the handset comes with 8/16GB of internal storage.

We’ll update you as soon as the handset is officially announced by AT&T.