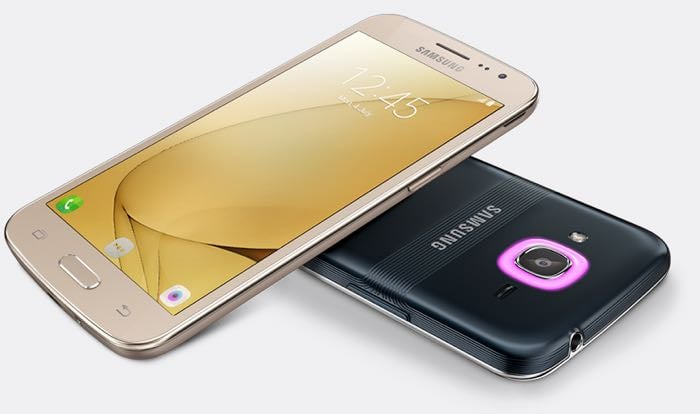 We have been hearing rumors about the new Samsung Galaxy J2 for a while and now Samsung has officially announced the device.

The Samsung Galaxy J2 is equipped with a 5 inch display with a HD resolution of 1280 x 720 pixels and the device comes with a quad core 1.5GHz processor.

Other specifications on the handset include 8GB of storage and 1.5GB of RAM. The handset also features a microSD card slot for expansion and a 2600 mAh battery.

The Galaxy J2 is equipped with front and rear facing cameras. On the front there is a 5 megapixel camera and on the back there is an 8 megapixel camera. The handset comes with the latest version of Google’s mobile OS, Android Marshmallow.

This is the first of Samsung’s smartphones to come with their new Smart Glow ring which shows alerts of messages, missed calls and more.

You can find out more details about the new Samsung J2 at the link below, as yet there are no details on pricing.