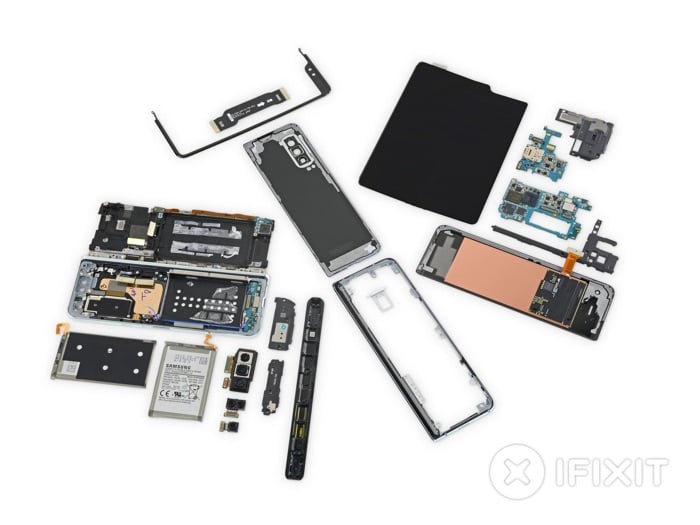 We have already seen a couple of durability tests for the new Samsung Galaxy Fold smartphone and now we get to find out what is inside the device.

The Samsung Galaxy Fold is Samsung’s first folding smartphone, the device was originally delayed due to issues with the display which Samsung had to make some design changes to.

iFixit have taken the handset apart and we get to have a look at what is inside the device in a new video.

It is interesting to see what is inside the Galaxy Fold and also how the handset has been built, the device comes with a unique design and features.

As the handset did not do very well in the durability tests were are no expecting it to do well on the iFixit repair score. The handset only scored 2 out of 10, this means it is very hard to repair.