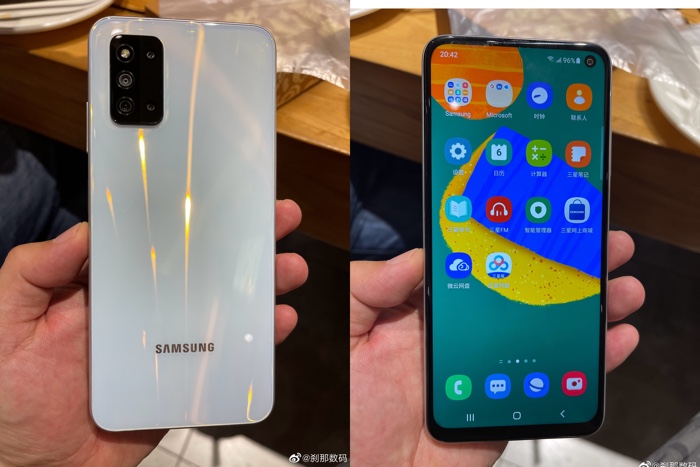 The new Samsung Galaxy F52 5G is expected to launch soon and now the handset has appeared online in some leaked photos.

We have been hearing rumors about the Galaxy F52 5G for some time and the leaked photos have appeared along with some pricing information for the device.

The handset will apparently retail for CNY 2,000 which is about $310 at the current exchnage rate and we also have some more details on the devices specifications.

The F52 5G will come with a 16 megapixel front camera for video calls an Selfies on the back of the device there will be a 64 megapixel main camera and a range of other cameras.

The display on the device will measure 6.57 inches and it will feature a Full HD+ resolution, it will also comes with 8GB of RAM, 128GB of storage and a microSD card slot.

Processing is expected to be provided by a Qualcomm Snapdragon 750G mobile processor and the device will also feature a 4350 mAh battery and fast charging.