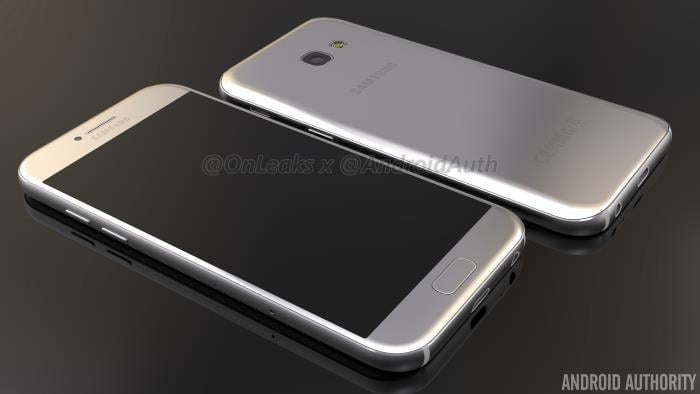 Samsung is reportedly working on the new Galaxy A series line up, which we’ve seen a few times in the rumor mill in the past few weeks.

A few weeks back, we spotted some leaked press renders of the alleged Galaxy A5 (2017) as shown above, and now a leaked video giving us a good look at the alleged device has shown up on YouTube.

YouTuber Neil Potgieter leaked a video showing the handset, starting off with the AnTuTu benchmark results, with a benchmark score of 59598 which is quite good. According to the leaked video, the handset is question comes with a SM-A520F model number with Android Marshmallow as its operating system. The processing is handled by an 8-core processor, a 1080p display, 3GB of RAM and a 15.9MP rear and front camera. The exact battery capacity is not mentioned but the video states it has a decent battery life.

Previous rumros suggest the handset will come with a 5.2-inch display with the processing handled by a Samsung’s Exynos 7880 processor with 3GB RAM, 16GB internal storage and a 3,000mAh battery. It should probably come with Android 7.0 Nougat as its operating system out of the box.

Watch the video below to see the handset in action.