Samsung has officially announced their latest Android smartphone, the Samsung Continumm which will be available with mobile operator Verizon Wireless.

The Samsung Continuum will come with Google Android 2.1, and it features a 3.4 inch Super AMOLED display with a resolution of 800 x 480 pixels, there is also a secondary smaller 1.8 inch display which Samsung calls a ticker display. 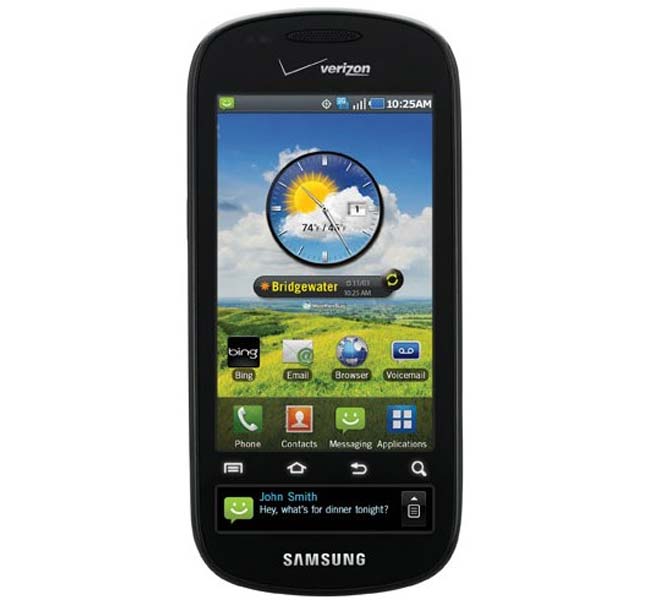 The ticker display can be fully customized to display what information you want, for example it could be used to display text messages or even tweets.

Other specifications on the Samsung Continuum include 2GB of built in storage plus a microSD card slot with an 8GB card included. The Samsung Continuum will be available from Verizon on the 11th of November for $199 after a $100 mail in rebate on a two year contract. Have a look and our article on Android vs iPhone to see which smartphone and mobile platform is best for you.