As well as unveiling their new Chromebook at CES this week Samsung have also taken the wraps off their new Samsung Chromebox, which has a similar design to Apple’s Mac Mini system, measuring 7.6″ x 7.6″ x 1.3″.

Only a few details have been released about Samsung’s new Chromebox a desktop version of the Chromebook. The new Chromebox is not equipped with a hard drive and only requires a monitor keyboard and mouse to function. 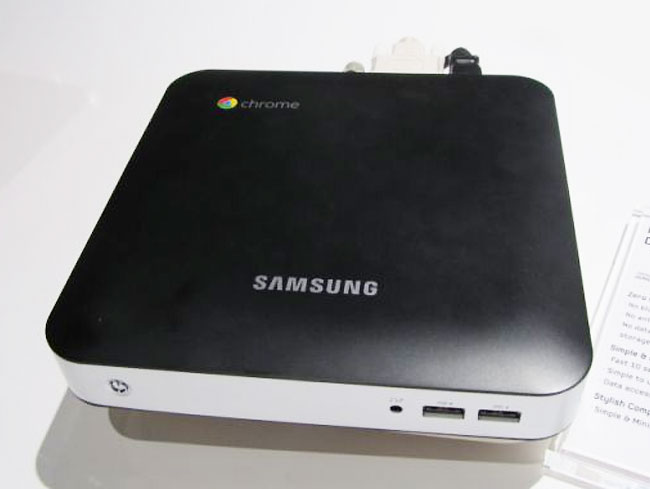 The Samung Chromebox also has an ethernet port, five USB 2.0 ports, DVI and DisplayPort video outputs, together with a headphone jack. The new Chromebox will start shipping in the second quarter of this year and be priced around $400. 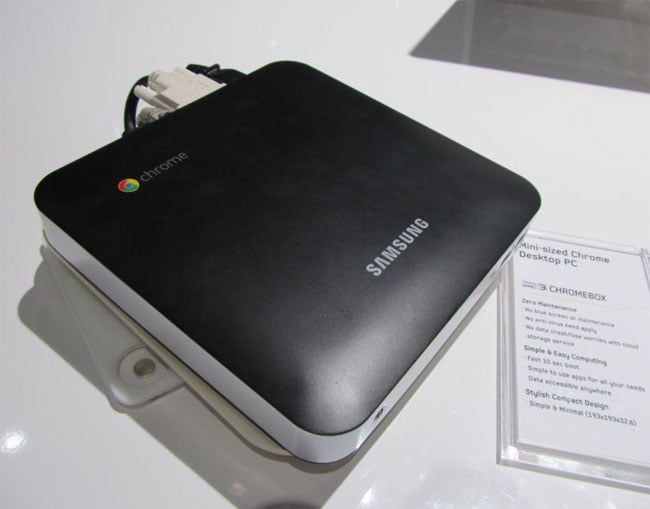