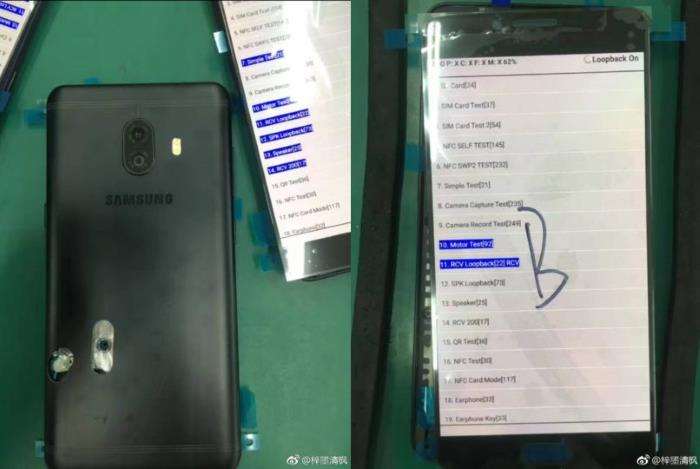 Over the past few days, we’ve heard quite a lot about a number of new Samsung devices which will ship with a dual-camera setup on the back.

Recently, some alleged images of the Galaxy C10 made their way on to the internet, revealing the dual-camera setup with an LED flash on the back of the device.

Over the past few days, we’ve heard quite a lot about the alleged Samsung Galaxy C10. Rumors suggest that the handset is expected to come with a 6-inch display sporting a resolution of 1920 by 1080 pixels with the processing handled by a Snapdragon 660 processor paired with 6Gb of RAM, a 4,000 mAh battery and 64/128GB of internal storage. Rumors continue to suggest that the device will come with a dedicated Bixby button as well.

It seems that the Korean company wants to follow the trend and deploy dual-camera set up on its devices like most other Android smartphone manufacturers. We’re hoping that the company will not only introduce the new hardware in its high-end devices, but also in the mid-range ones as well.

We’ll update you if you we get to hear anything more about the launch and availability of the alleged device.