AT&T have announced that they will be offering the Samsung ATIV S Neo on their network from the 8th of November, the handset is a Windows Phone 8 smartphone.

The Samsung ATIV S Neo will be available for $99.99 when you take out a new two year contract with the carrier, with prices on the contracts starting at $21 per month. 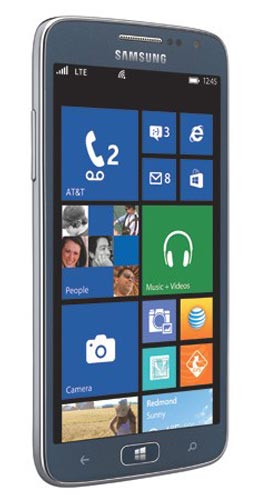 The ATIV S Neo features a 4.77 inch HD display that has a resolution of 1280 x 720 pixels, the device is powered by a 1.4GHz dual core processor, and it comes with 16GB of built in storage.

Should you need additional storage, the device features a microSD card slot that will give you up to 64GB of extra storage, it also comes with 5GB of free cloud storage from AT&T.

The Samsung ATIV S Neo features front and rear facing cameras, on the front of the device we have a 1.9 megapixel camera, on the back we have an 8 megapixel camera with an LED flash and the ability to record full HD video in 1080p.

The Samsung ATIV S Neo will launch on AT&T on the 8th of November, you can find out more information about this new Windows Phone device at the link below.