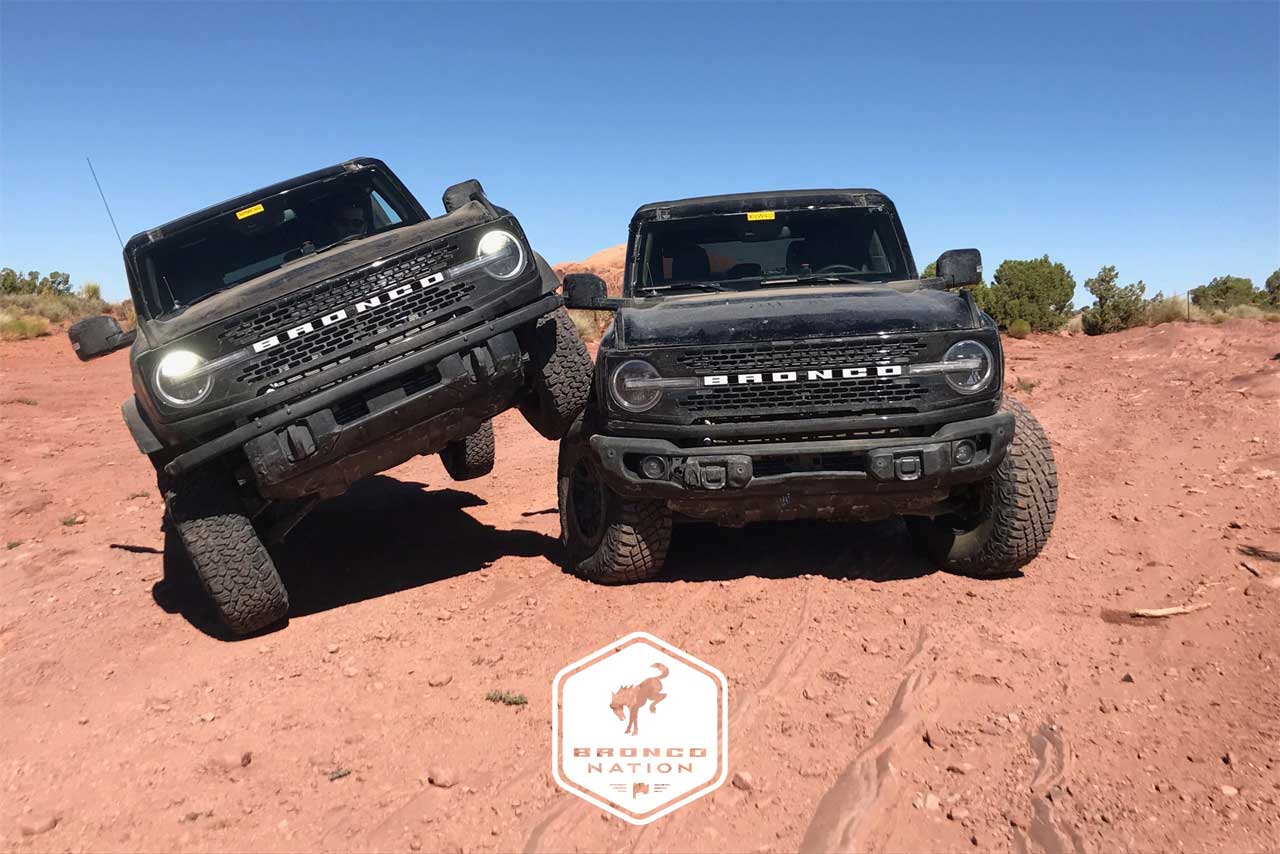 Enthusiasts were very excited to hear that the new Ford Bronco would be offered with a manual transmission option. However, they were bummed to hear that you couldn’t pair the Sasquatch package with the manual transmission. Initially, Ford said that you could only get the Sasquatch package with the automatic.

It appears Ford may be changing its mind as Bronco Nation reports that a Bronco with the Sasquatch Package has been seen testing with a manual transmission. The Sasquatch Package adds 35-inch tires to the Bronco. Interestingly, this particular test vehicle was seen in the past wearing 33-inch tires and vehicle ID number on the windshield confirmed the same vehicle is now testing on 35-inch tires.

Bigger tires are a big deal in the off-road world as it’s the only way to increase ground clearance. Taller suspension only offers more distance between the axle and vehicle body. Bigger tires lift transfer cases and axles further off the ground, making it easier to clear obstacles. Ford should offer the Sasquatch package with the manual transmission. There’s no real reason not to.