Rosewill has launched a newly updated version of their popular mechanical gaming keyboard in the form of the new RK-9100. The Rosewill RK-9100 gaming keyboard has now been upgraded with a number of new features including backlighting and is available in four models. 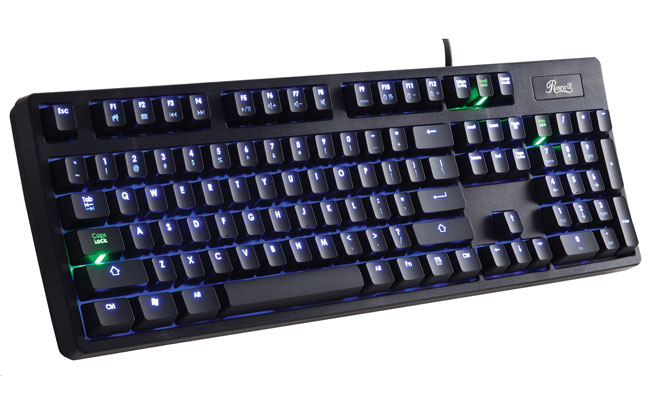 As well as being equipped with backlit keys, the Rosewill RK-9100 is also fitted with anti-ghosting technology that allows you to press 6 keys simultaneously without key-in conflict.

The Rosewill RK-9100 features 2 x USB 2.0 ports, three illuminated status lights and four brightness levels, and is available to purchase from the Newegg website for around $120.