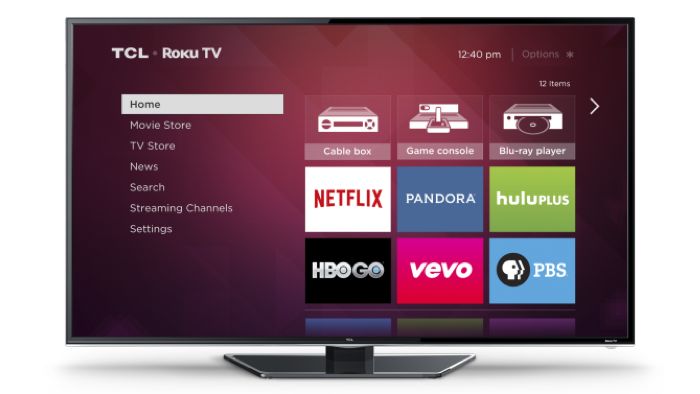 At CES in January Roku announced a new streaming platform, Roku TV, which is a streaming platform that will be built into TVs, and now the company plans to launch its first Roku TVs in the U.S. within the next few week.

Roku are well know for their set top boxes, and now the company will launch some Roku TVs which are made by Chinese manufacturers Hisense and TCL, other manufacturers will also be releasing Roku TVs in the future.

The company has said that these new TVs are the first that are designed for streaming first, and these new devices will be available in a range of different screen sizes.

Hisense will launch their range of Roku TVs in September, there will be a range of models available which will include 40, 48, 50 and 55 inch models, as yet no details on pricing is available, although they are expected to be a similar price to the TCL models.

The Roku TVs will come with the same apps as Roku’s existing set top boxes, which include Netflix, Amazon Video, HBO Go, Hulu Plus, Pandora and many more.