Four robots called the PacX Wave Gliders broke the  distance world record when they swam over 3,200 nautical miles  or 5,926km across the Pacific Ocean. 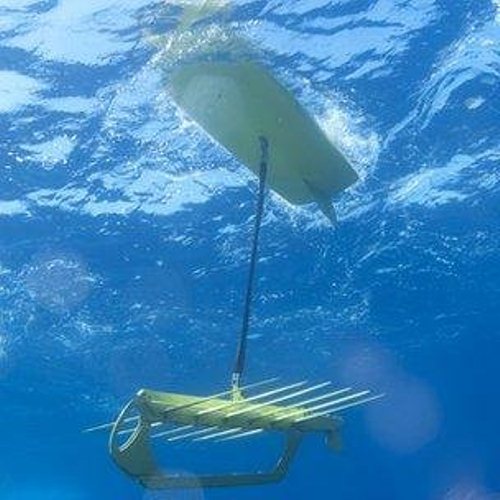 The old Guinness World Record for the longest distance covered at sea by an unmanned device was 2,500 nautical miles or 4,630km

Their expedition was a part way of gathering data about the composition and quality of sea water. The Wave Gliders are made by US Firm Liquid Robotics and are expected to cover 9,000 nautical miles (16,668km) by the end of their swim.

The first leg of their was from San Francisco to Hawaii and it took four months. The robots are made to cover hard-to-reach places and gather information on the Pacific’s water acidity and diminishing fish population.

The robot does this by solar powered sensors on the upper surface that that sample salinity, water temperature, weather, fluorescence, and dissolved oxygen every 10 minutes.

“I have no doubt new ocean discoveries, insights, and applications will emerge from the PacX data set,” said Edward Lu, chief of innovative applications at Liquid Robotics.

The Wave Gliders are gliders in their own right as they convert the energy from the ocean’s waves to create a forward thrust.

The 4 Wave Gliders will embark on their own journeys after Hawaii. Two drones will travel to Japan. On their way, they cross the Mariana Trench, the deepest place on Earth. The other two will make their way to Australia, passing the equator.

Researchers expect the gliders to reach their destinations by late 2012 or early 2013.