NASA’s Robotic Refueling Mission (RRM) began on the International Space Station with the Canadian Dextre Robot and RRM tools last March 7-9 2012. This is a milestone for the world since the Canadian Robot will be declared as the coolest gas buddy… in the universe. (kidding!) 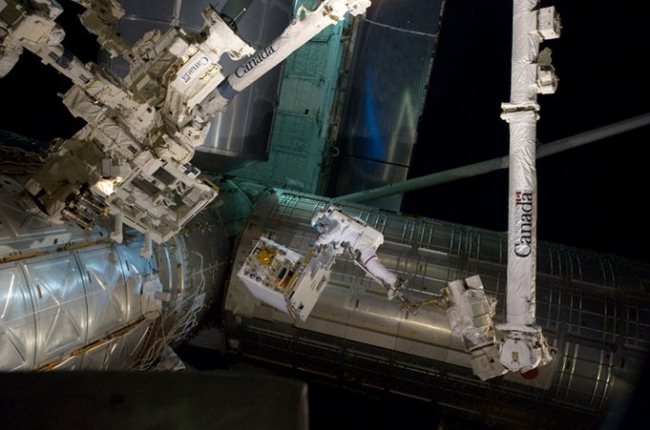 RRM is a joint effort between NASA and the Canadian Space Agency (CSA).  The Robotic Refueling Mission (RRM) will lay out a platform for robotic servicing to be used in future expeditions.

“The significance of RRM is that it demonstrates that robotic satellite-servicing technology exists now and it works correctly on orbit,” says Benjamin Reed, Deputy Project Manager of Satellite Servicing Capabilities Office (SSCO).

Dextre, also known as the station’s twin-armed Canadian robotic “handyman” was developed to perform delicate tasks. Dextre is equipped with different tools such as a Wire Cutter and Blanket Manipulation Tool, the Multifunction Tool, the Safety Cap Removal Tool, and the Nozzle Tool. Each tool contains two cameras with built-in LEDs to let mission controllers oversee the process.