we have featured a few robots who are capable of solving the Rubik’s Cube before here at Geeky Gadgets, but the latest one is reported to be the world’s fastest Rubik’s Cube solving robot and it can solve a Rubik’s Cube in just over 10 seconds.

The robot was developed by students at the Swinburne University of Technology in Australia, have a look at the video of it in action below. 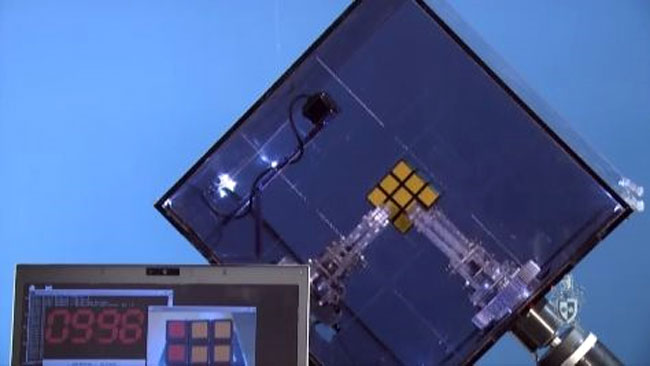 “The students’ combined expertise in robotics and software engineering enabled them to construct a robot with a fast computer vision-tracking system capable of very high precision movements and timings.”

The robot is called Ruby, and it was built from scratch by six students as part of their final year project.