RoboEarth is described as the World Wide Web for robots, it is a giant network and a database that connects robots together to learn from each other and share information.

The scientists who developed RoboEarth have tested the system at a mocked up hospital room at Eindhoven Univeristy, it features four robots that will perform a number of task for patients, like serving then drinks and more. 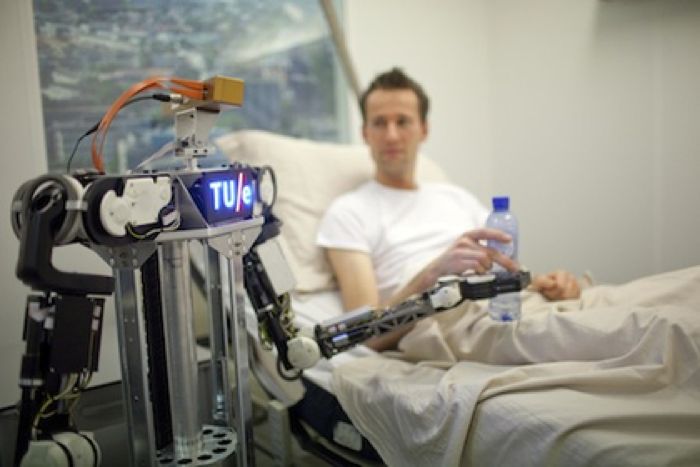 At its core, RoboEarth is a World Wide Web for robots: a giant network and database repository where robots can share information and learn from each other about their behavior and their environment. Bringing a new meaning to the phrase “experience is the best teacher”, the goal of RoboEarth is to allow robotic systems to benefit from the experience of other robots, paving the way for rapid advances in machine cognition and behaviour, and ultimately, for more subtle and sophisticated human-machine interaction.

RoboEarth has been in the works for the last four years, you can find out more information about the project at the link below.