When donning Stormtrooper armor is not an option, a hoodie is your best bet. Lucky for the Star Wars faithful then that a new line of upper body wear is now available online at bargain prices. Seen below are the three known variants, namely Stormtrooper, Darth Vader, and Boba Fett. 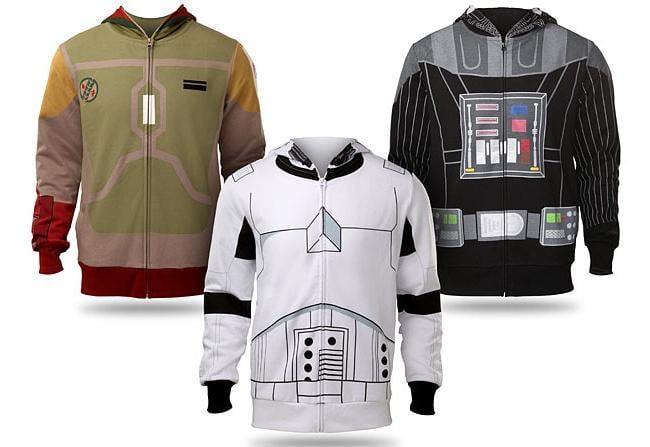 They might be hard to match to whatever else is in your wardrobe, but at least the three designs convey an unmistakable look. The fabric is a 60/40 cotton polyester combination and will survive a good number of washings. The hoodies are also special since they can cover the whole face, with netting on the eye sockets for the necessary visuals. Sure, you might look like a suspicious character going around in a Star Wars hoodie, ut if you want to look the part, then by all means indulge yourself.

Utility belts, blasters, and a rocket booster don’t come with the jackets, but at least there are two up front pockets for stuffing your hands in them.

Unfortunately, no one has thought up of a Chewbacca hoodie with faux fur. We’re counting on it though.