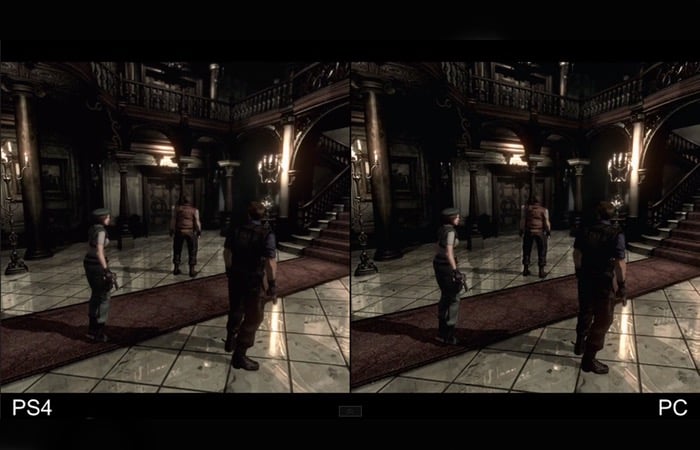 Gamers wondering how the new Resident Evil HD Remaster gameplay and visuals differ on the PlayStation 4 and PC versions of the game that run at 30 and 60 fps respectively, are sure to enjoy the comparison video that has been created by Digital Foundry.

Resident Evil HD Remaster game launches on both next-generation consoles as well as PC this week and brings the iconic classic game up to date and provides near 1080p resolutions on PS4 and Xbox One consoles.

The newly released Resident Evil HD Remaster has been re-made using Capcom’s MT Framework engine although most backdrops and cut-scenes are set to a resolution of just 1920 x 1080 recalling them to suit your settings on PC.

The PC version of the game provides gamers with extra features and a few more settings to choose from but they are still quite basic. Such as anti-aliasing settings, ranging between a standard FXAA mode that is used on next ten consoles, FXAA3 and the more refined FXAA3 HQ presets.

For more information on the new Resident Evil HD Remaster comparison video jump over to the Eurogamer website for full details and more explanation via the link below.