In what appears to be the most bizarre title for a Geeky Gadgets post, news is currently circulating about a recent find at the edge of space. Two teams of astronomers have located a huge floating body of water—so huge, it’s almost immeasurable—that’s being consumed by a black hole. The awesome part is the water being sucked by the endless void is coming out the other end as energy. 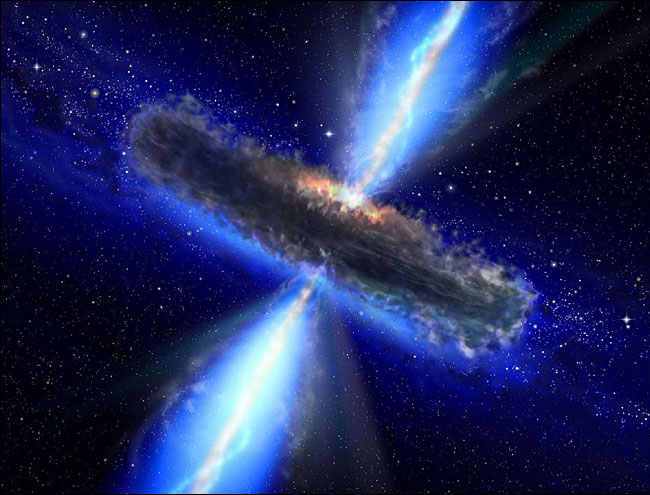 The actual size of the ‘reservoir’, if calculations are correct, is 140 trillion times greater than our planet’s oceans combined. That’s unimaginable, so leave it’s size at ‘really, really immense’. Though photographs of it are non-existent (the above is an illustrator’s concept), the massive quasar named APM 08279+5255 is reportedly 20 billion times the size of our solar system’s sun. That’s as epic as outer space gets. The really interesting part is as the quasar feeds on the water vapor, it grows and may expand six times its current size.

The rare phenomenon was first observed by the joint effort of two teams, one in California and another in the French Alps. The facilities used for the incredible find were the CalTech Submillimiter Observatory and a similar installation a continent away.