Renault has this week unveiled a new concept off-road vehicle they have designed in the form of the Renault Kwid which comes equipped with a quadcopter drone that can be launched from within the car to check the road ahead. 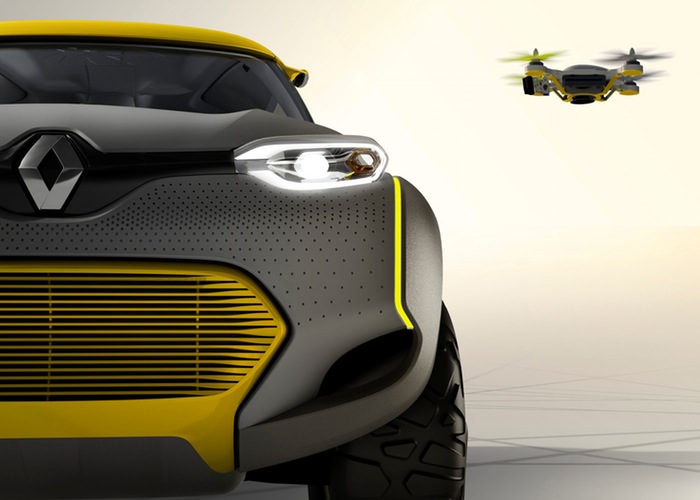 The drone is position in a holding bay at the rear of the vehicle and can easily be launched when required, being controlled by a tablet on the dash or by setting GPS waypoints for it to follow. 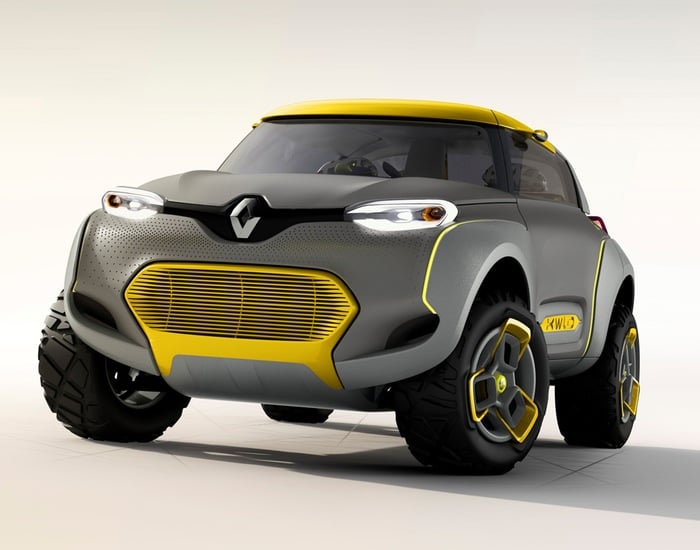 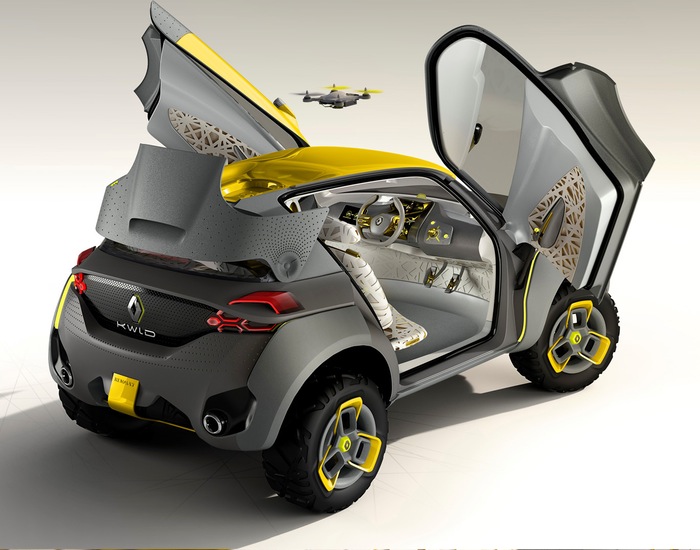 The Kwid’s interior has been inspired by birds nests and the front seats are able to accommodate three passengers together with space for a further two in the rear. The Renault Kwid concept is powered by a 1.2ltr engine and is equipped with a dual-clutch gearbox. Renault explains a little more about their awesome Kwid concept :

“Unveiled at the Delhi Auto Show, Renault Kwid is THE multinational concept car. Renault Designers around the world cooperated to conceive a vehicle made for local markets and designed to meet the latters’ needs.

Kwid is also the first concept car to be unveiled outside Europe, which is a strong symbol of Renault’s commitment on these new markets. It is also a fun, yet robust design and hyper connected car, proving once again the company’s ability to offer appealing products in the compact car segment. Let’s come back on the birth of this new concept-car covered by the ‘Explore’ petal of Renault’s design strategy.” 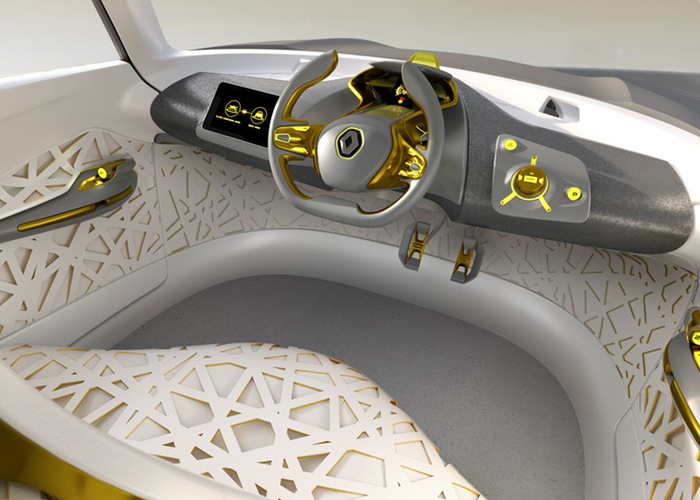 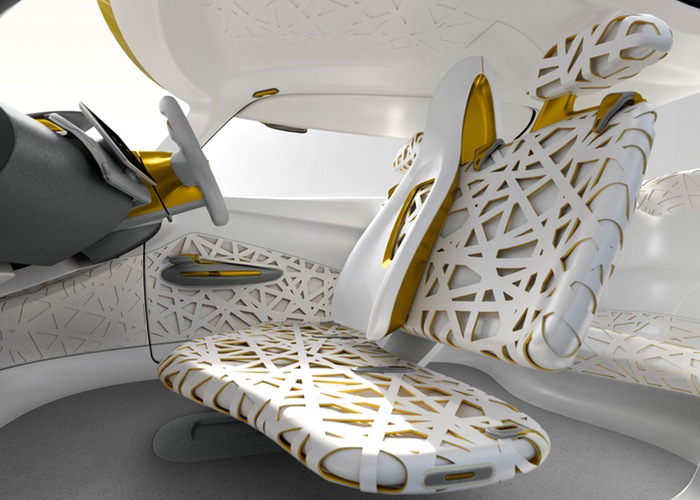