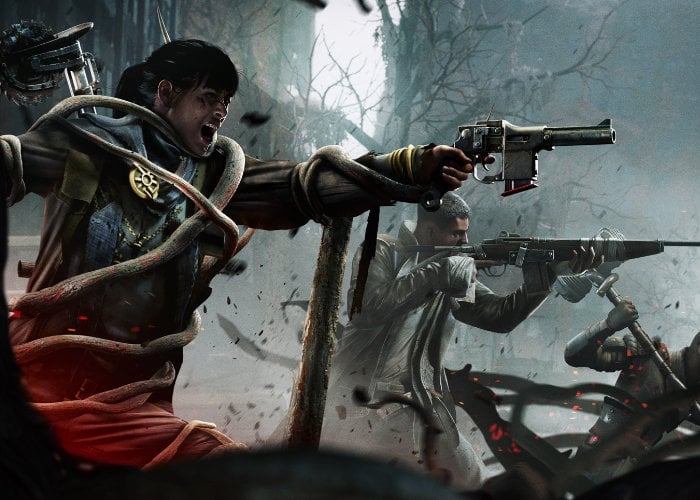 “Pick-up where the Remnant: From the Ashes story left off, in a brand-new campaign where you will traverse unfamiliar zones, meet unexpected allies, and conquer new threats as you seek to put an end to the Root once and for all.”

“Remnant: From the Ashes borrows its mechanics from franchises such as the Souls series,but rather than simply being melee combat, it incorporates a third person shooter element where the player can wield up to two gun weapons, one main weapon and one side arm, alongside their melee weapon. These weapons can vary between machine guns, shotguns, hunting rifles, sniper rifles and the like, and can also attach mods to them which give players extra abilities.

Players can create their own custom character, and are required to defeat challenging enemies and bosses found throughout a randomly generated world, though the player still follows a set story. Players are able to upgrade their weapons and armor using materials they find throughout the world. They can also unlock trait points, which can be used to increase the stats of their playable character.”