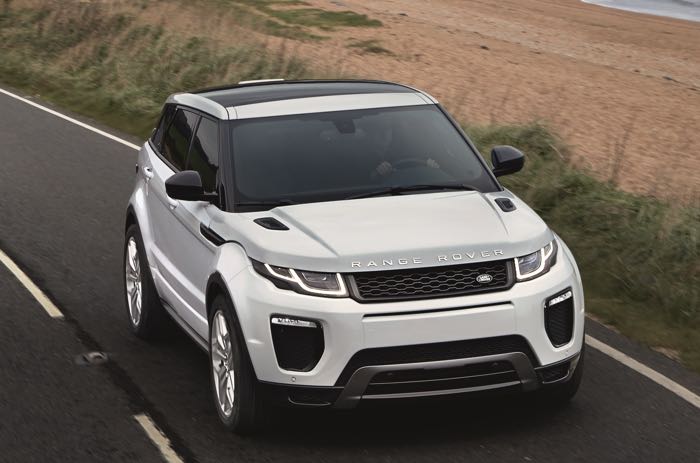 On the outside, the 2016 Evoque gets a new front bumper, two new grille designs, and all-LED headlights. There are three new alloy wheel designs to choose from and some changes have been made inside as well. The 2016 Evoque gets new color options on the interior and new seats and door casings.

The new interior color options include Lunar Ice, Vintage Tan, and dark cherry. The latter color is only offered on Autobiography models. The new engine options include a 150ps diesel 4-cylinder with up to 68mph and an 180ps unit with up to 59mpg. Emissions are as low as 109 g/km with the smaller diesel engine. Pricing on the 2016 Evoque will be announced closer to launch.