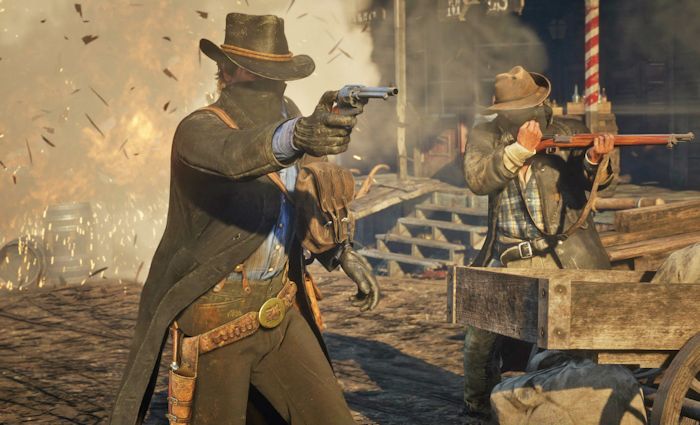 Earlier this month the team over at Digital Foundry created a new graphics comparison video comparing the new cowboy adventure Red Dead Redemption 2 vs Red Dead 1 to enable you to see how far games engine technology has come since the launch of the original.

Be warned spoilers are within the video below so if you would prefer not to see any areas within the new Red Dead Redemption 2 game look away now. “A special comparison between the old and new. Set 12 years prior to the original, Red Dead Redemption 2 spurs Rockstar to take imaginative steps with its rendering of the world. Its towns are less culturally developed, but the RAGE engine is eight years to the better in its ability to realise some beautiful locales.”

Red Dead Redemption 2 was released for PlayStation 4 and Xbox One on October 26th, 2018 and has been developed and published by Rockstar Games and is a prequel to the 2010 game Red Dead Redemption and the third entry into the Red Dead series. This time the game is set during 1899 and follows the story of outlaw Arthur Morgan, a member of the Van der Linde gang, and also details the time of a younger John Marston in the same gang and his eventual departure.