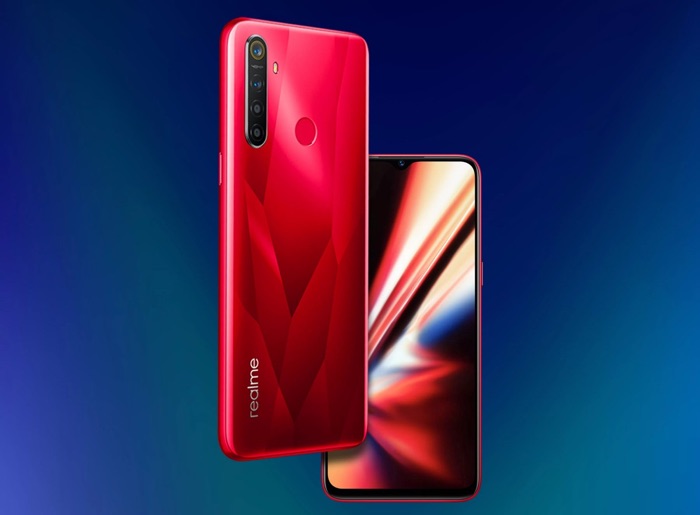 The Realme 5S smartphone is now official and the handset comes with a range of high end cameras, the device gets a number of upgrades over the Realme 5.

The handset is equipped with a 6.5 inch display that features a HD+ resolution and it is powered by a Qualcomm Snapdragon 665 mobile processor.

The device will come with 4GB of RAM and a choice of two storage options, 64GB and 128GB and it will also feature a 5000 mAh battery.

The new Realme 5S smartphones comes with four rear cameras, the main camera is a 48 megapixel Samsung GM1 and then there is also one 12 megapixel camera and two 2 megapixel cameras. The handset will be available in a choice of colors which include Purple, Blue and Crystal Red.