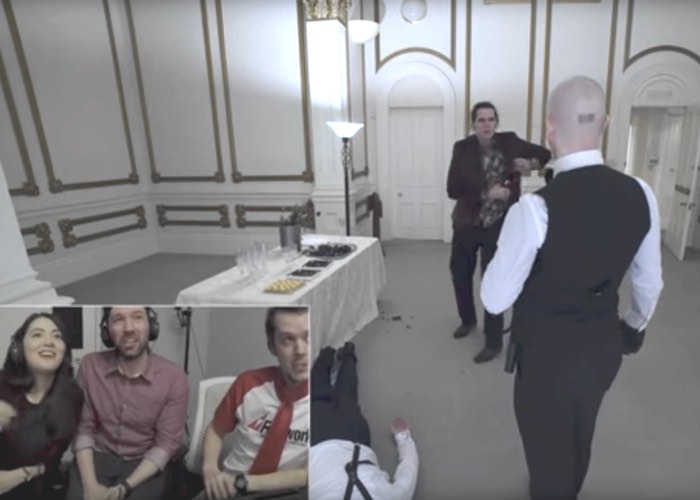 Production company Realm Pictures taking upon themselves to recreate the Hitman series of games in real life allowing gamers to control a real-life Agent 47 as they embark on missions, by whispering directions from afar.

The awesome Hitman real-life game was played by a played by a team of invite-only contestants that include members of Outside Xbox, check out both the gameplay video and also behind-the-scenes setup below.

Realm Pictures explains more about creating the real-life illusion for IO-Interactive the developers of Hitman :

Just after we released the Real Life First Person Shooter (Chatroulette Version), a game studio got in touch and asked if there was a way to make a real-life version of their game… The studio: IO-Interactive, the game: HITMAN

Take a look behind the scenes at how we created our Real Life version of Hitman.