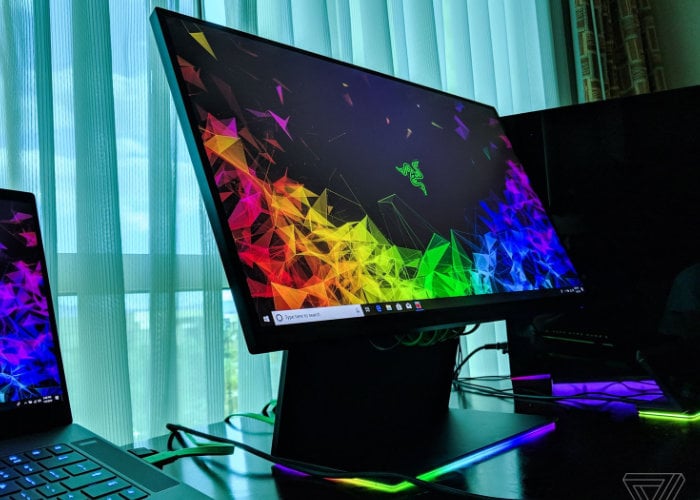 Expanding into a new market Razer has unveiled a new gaming monitor at CES 2019 this week in the form of the Razer Raptor display, marking the launch of the first stand-alone display from Razer. Equipped with a 27 inch display new gaming monitor offers users a 2560 x 1440 QHD resolution, a 144Hz refresh rate, and between a 1ms (with Motion Blur reduction) and 7ms (typical) response rate. Watch the hands-on video below for a quick overview of what you can expect from the new gaming monitor from Razer which is being showcased at this year’s CES 2019 technology show.

The design of the gaming monitor offers thin bezels and the screen reaches a brightness of up to 420 nits, and it supports HDR, although Razer has an as yet specified which HDR standard the monitor will feature. Razer has also included support for AMD FreeSync but as yet not NVIDIA’s G-Sync. technology.

The Razer Raptor display is constructed from forged aluminium with a fabric, metal combination backplate and of course is equipped with the companies Chroma-compatible LED light strips. If all goes well the new Razer Raptor display is expected to launch later this year priced at around $700. As soon as more information is announced regarding worldwide availability and pricing we will keep you up to speed as always.