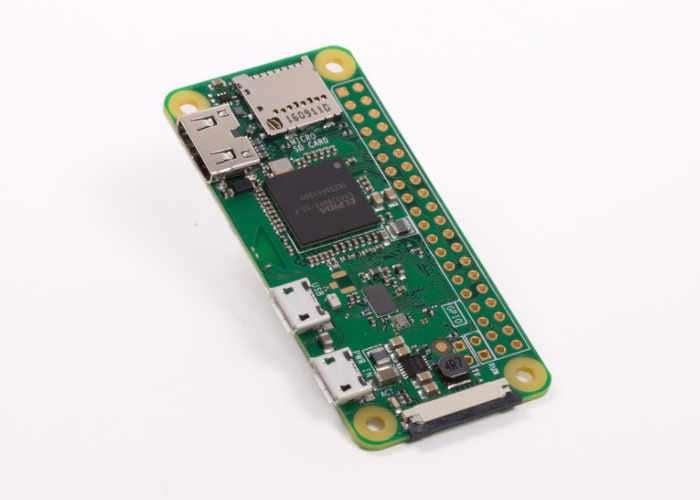 As the name suggests the Raspberry Pi Zero W brings with it support for wireless network connectivity and Bluetooth and is now priced at just $10 And builds upon the original Raspberry Pi Zero design which was first launched back in November 2015.

Over the ensuing fifteen months, Zero grew a camera connector and found its way into everything from miniature arcade cabinets to electric skateboards. Many of these use cases need wireless connectivity. The homebrew “People in Space” indicator in the lobby at Pi Towers is a typical example, with an official wireless dongle hanging off the single USB port: users often end up adding a USB hub to allow them to connect a keyboard, a mouse and a network adapter, and this hub can easily cost more than the Zero itself.