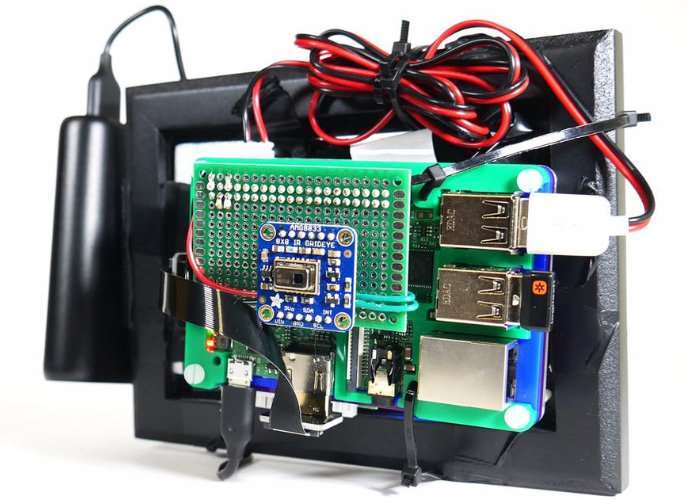 When I heard about the AMG8833 thermal camera module, I knew that I really wanted to make a project with it. It’s able to send a thermal image to a screen, similar to a FLIR camera. I like to compare hardware with benchmarks so a project like this would be a great addition to my testing arsenal.

The AMG8833 is an Adafruit product and they have a great learning guide on it, showing you how to use it with both Arduino and Raspberry Pi. I chose to use a Raspberry Pi because in the example code provided by Adafruit, it uses bicubic interpolation to basically make the image appear to have a higher definition and not look as pixelated. I wanted to setup the AMG8833 with the Pi as a camera that had a screen on the back and was handheld, portable and not tethered to a wall for power.

For full instructions on how to create your very own thermal camera jump over to the official Hackster.io website.