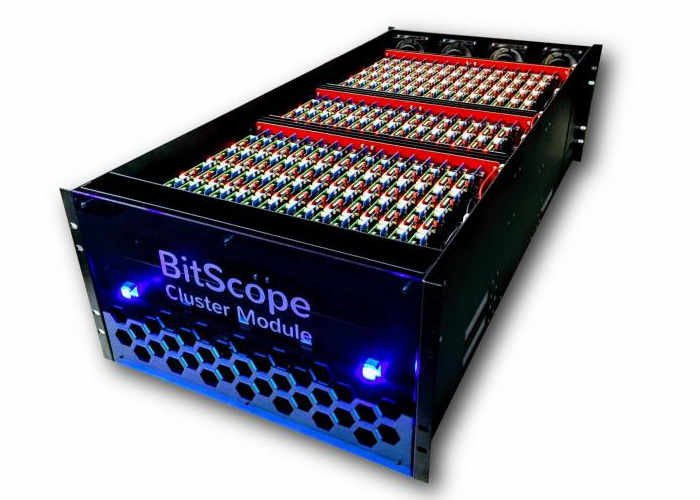 Raspberry Pi nodes have been used by a researcher based at the Los Alamos National Laboratory in the US to develop and build an affordable Raspberry Pi super computer that is scalable and also high-powered. The Raspberry Pi supercomputer consists of five rack-mounted Pi Cluster Modules, each equipped with 150 four-core nodes of Raspberry Pi ARM processor boards. Each one is fully integrated with network switching infrastructure and makes a total of 750 CPUs with 3,000 cores, that needs to draw 2.2kW of power to function. The Raspberry Pi super computer has been created to provide researchers with an inexpensive but highly parallelised platform for test and validation of scalable systems and software technologies. Gary Grider, leader of the High Performance Computing Division at Los Alamos National Laboratory, which hosts the Trinity supercomputer explains :

It’s not like you can keep a petascale machine around for R&D work in scalable systems software. The Raspberry Pi modules let developers figure out how to write this software and get it to work reliably without having a dedicated testbed of the same size, which would cost a quarter billion dollars and use 25 megawatts of electricity.

Bruce Tulloch, CEO of BitScope in Australia which developed the racks adds :

Having worked with Raspberry Pi for quite some time, I’ve long thought it the ideal candidate to build low-cost cloud and cluster computing solutions for research and education. The Pi Cluster Modules can also be used for better simulation of large-scale sensor networks, with flexible I/O to connect the actual sensor devices as well as HPC network topology research, to improve production performance, as well as applications that scale across the internet of things (IoT).