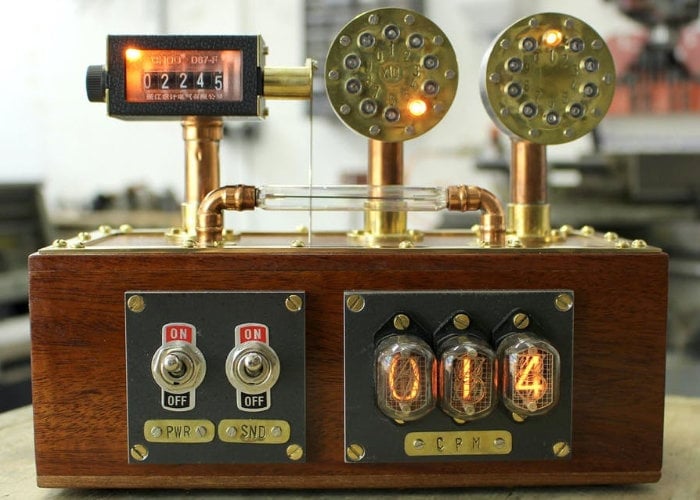 Makers searching for a project to keep them busy this weekend and for a little time afterwards, may be interested in this awesome Raspberry Pi geiger counter created by Hackster.io member Chris Crocker-White. The desktop radiation monitor has been created thanks to an affordable board to which a few additional accessories such as a Raspberry Pi, toggle switches and Nixie tubes have been added.

“I was always a fan of the steampunk style, and having also had experience building steam engines in the past, there was only one real direction this project could go. Once I had my radiation detector kit hooked up to my Raspberry Pi running InfluxDB and Grafana, I found myself woodworking, machining, and fabricobbling an enclosure out of mahogany, brass, copper, toggle switches and, because it just had to be done, Nixie tubes.”

“Read the story of the almost year-long journey (*cough* some other stuff cropped up…) I went on to make my steampunk vision a reality below, and if you want to get up and running quickly, find out how to build your own simple one.”