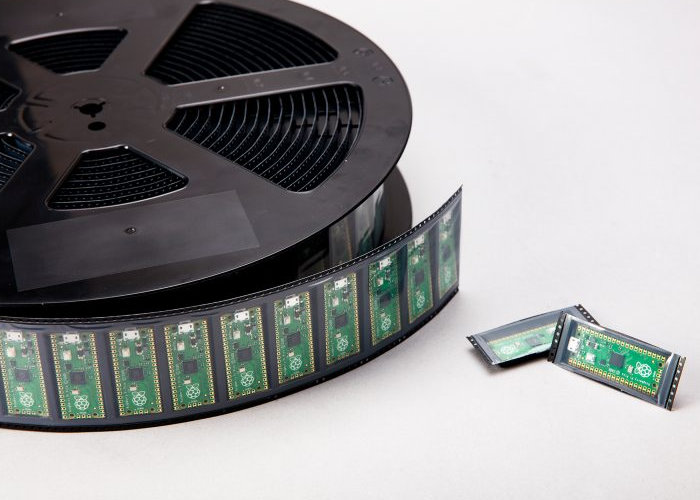 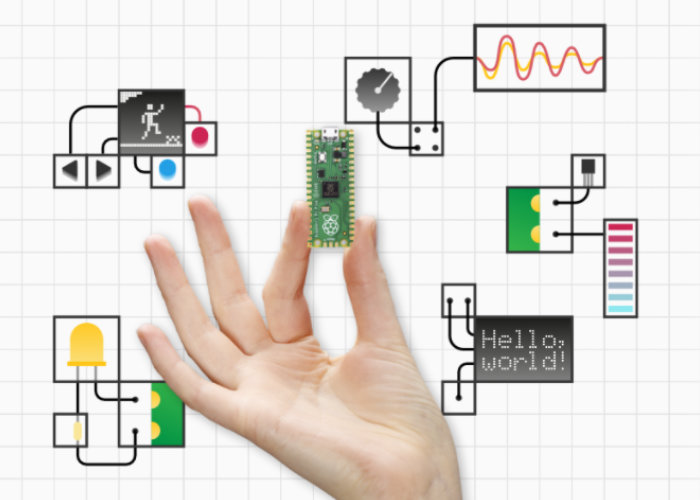 “The Pico board was designed alongside RP2040 – in fact we designed the RP2040 pinout to work well on Pico, so we could use an inexpensive two-layer PCB, without compromising on the layout. A lot of thought has gone into making it as low-cost and flexible as possible – from the power circuitry to packaging the units on to Tape and Reel (which is cost-effective and has good packing density, reducing shipping costs).”

“Microcontrollers are a huge yet largely unseen part of our modern lives. They are the hidden computers running most home appliances, gadgets, and toys. Pico and RP2040 were born of our desire to do for microcontrollers what we had done for computing with the larger Raspberry Pi boards. We wanted to create an innovative yet radically low-cost platform that was easy to use, powerful, yet flexible. It became obvious that to stand out from the crowd of existing products in this space and to hit our cost and performance goals, we would need to build our own chip.”