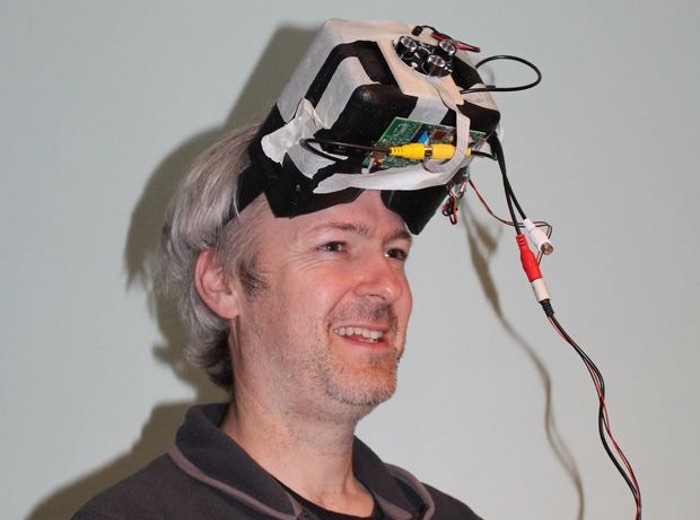 Raspberry Pi enthusiasts that are very few hours spare this weekend might be interested in creating their very own Raspberry Pi powered night vision goggles, that have been built by Instructables user Mr_fid.

The Infra-Red night vision googles have been built using a model A Raspberry Pi single board mini PC, together with a Pi Noir camera and Quanum FPV Goggles.

Because the Quanum googles had a RCA input they could be connected to a raspberry pi and if you had a camera in the front you could maybe make a crude set of night vision goggles? Now I might be a bit of a geek but I happen to have all the items I needed! So this was just for fun and to see if it worked and the whole unit was just taped together so it could be stripped down and the goggles used for their real purpose (FPV)

The raspberry pi I have is an original “A” model which I hacked to remove the RCA connector (not for this project) so I then had to solder a RCA lead onto the pads left. The other connections are the BEC wires which were soldered to the GPIO pins Pin 2 (or 4) for positive and pin 6 for negative, See the photos. The camera model was then connected to its connector. 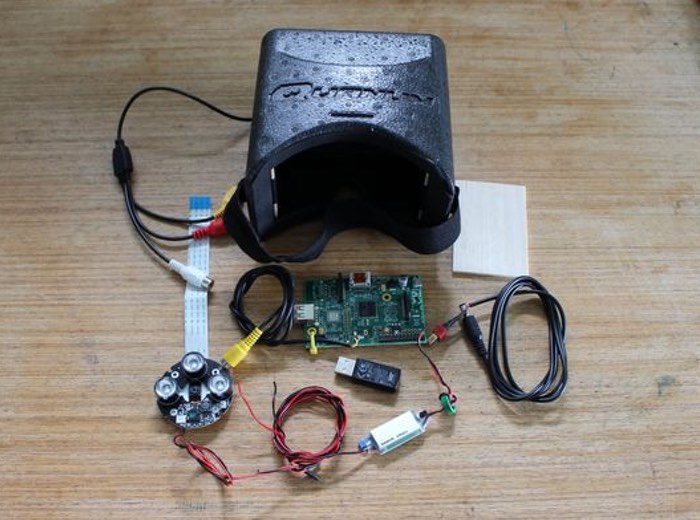 To build your very own Raspberry Pi powered night vision goggles jump over to the Instructables website via the link below, for details including a component list and full instructions.