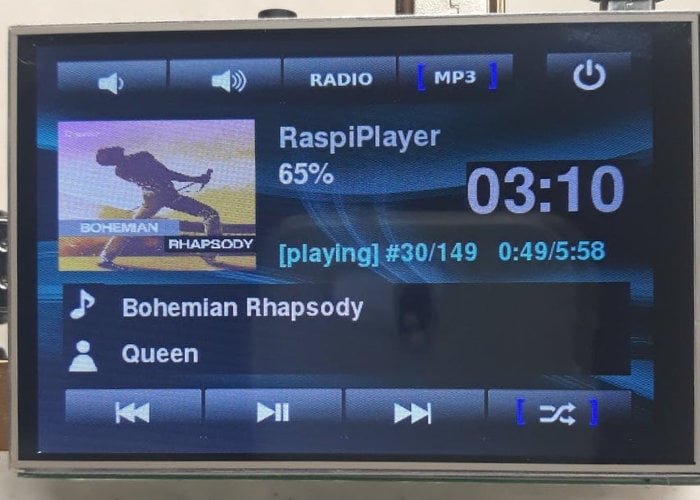 Raspberry Pi enthusiasts searching for a new project to keep them busy this weekend may be interested in a new revision published by Granpino via Hackster.io providing full instructions on how to build your very own Raspberry Pi MP3 player.

Not only will the RaspiPlayer play MP3 files but it also offers an Internet radio and playback over Bluetooth. The new revision includes album art and a new skin to the control panel offering easy access to everything you need for a self-contained music system. Granpino Has used a Raspberry Pi 2 Model B equipped with a 3.5 inch LCD HDMI display.

“Download the full raspbian stretch image and burn to a 8GB or bigger SD card. To start you should be able to SSH to the Raspberry Pi and also use the remote connection VNC. After burning the image create an empty file called ssh in the boot folder of the SD card. Also create a file called wpa_supplicant.conf and include your WIFI credentials.”_

For full instructions on how to build your very own Raspberry Pi MP3 player jump over to the Hackster.io website by following the link below. If you enjoy building Pi projects you might be interested in our comprehensive list of Raspberry Pi displays, HATS and small screens.