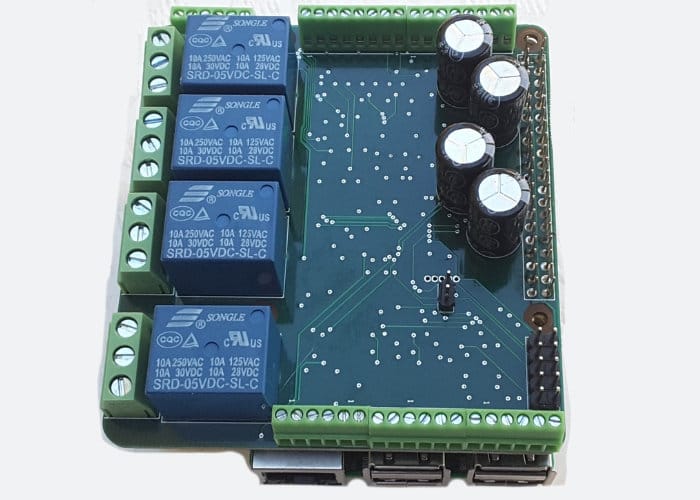 Watch the demonstration video below to learn more about the latest creation from Mihai Beffa based in Cupertino, California. “In September 2017 we launched the MEGA-IO Expansion Card for Raspberry Pi. We crammed eight relays, eight 12-bit ADC channels, 12-bit DAC, eight opto-isolated inputs, four open collector outputs and six GPIO’s into the same form factor with Raspberry Pi. The main target of the Mega-IO card is the Home Automation, DIY user. The Mega-IO Industrial version (MegaIO-IND) brings a low cost solution to the control of industrial processes.”

The Raspberry Pi expansion card is now available to back via kicks with earlybird pledges available from just $50 or £38 and worldwide shipping expected to take place during January 2019. For more info follow the link below.