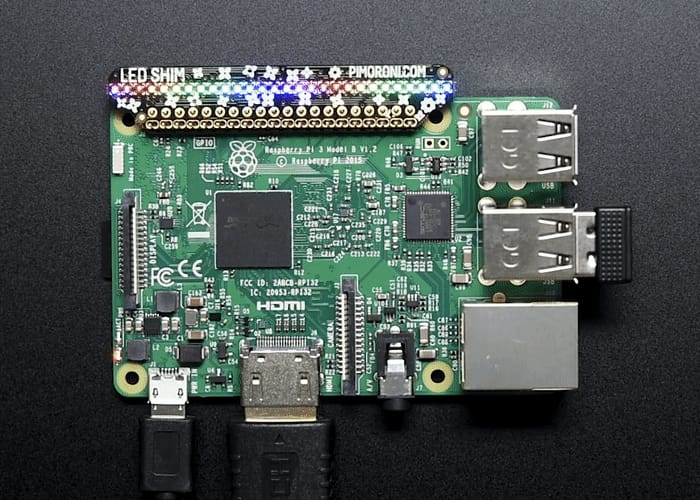 Makers, developers and Raspberry Pi enthusiasts may be interested to know that the awesome Raspberry Pi LED SHIM created by Pimoroni has now arrived at the Adafruit online store and is now available to purchase price to $8.95. Enabling you to easily add a 28 RGB LED pixel strip to your Pi mini PC without the need for any soldering. 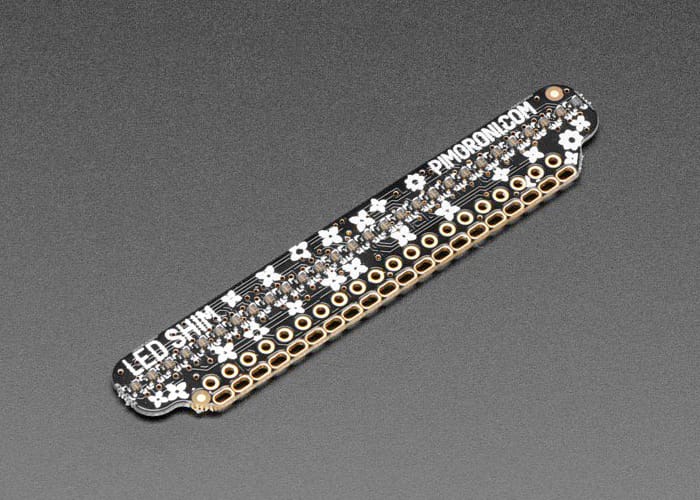 The SHIM measures just 0.8mm in thickness enabling you to multi-task with other Raspberry Pi HATs and pHATs. The LED SHIM supports all Raspberry Pi computers with a 2×20 connector, from the Pi 1 B+ to the Pi 2, Pi 3 and even Pi Zero. Specifications of the Raspberry Pi LED SHIM include :

For more details And full specifications jump over to the official Adafruit online store by following the link below. If you enjoy building Pi projects you might be interested in our comprehensive list of Raspberry Pi displays, HATS and small screens.