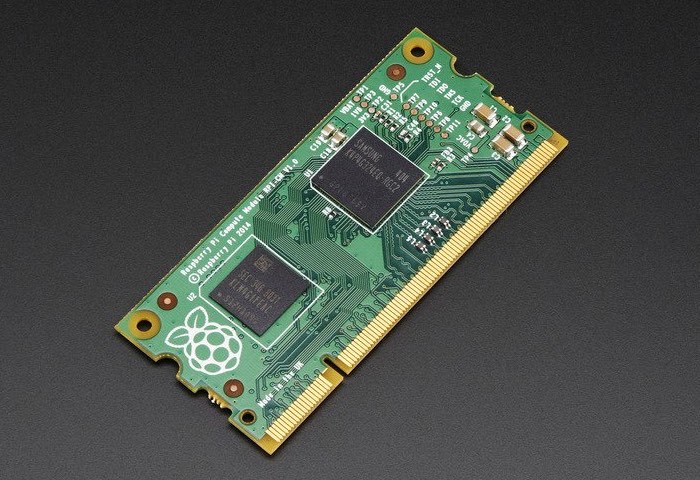 Eben Upton Raspberry Pi Founder has this week announced via the official Raspberry Pi website that NEC will be launching a range of new displays in the form of a 40″, 48″, and 55″ all of which will be equipped with a Raspberry Pi Compute Module.

The commercial-grade displays have been designed for use in brightly lit public spaces such as railway stations, schools, offices, shops and others. NEC is also hoping to include the Raspberry Pi Compute Module in its flagship 98 inch display before the end of 2017.

To recap the Compute Module is equipped with a Broadcom BCM2835 CPU 700MHz processor supported by 512MB RAM and includes 4GB eMMC of flash RAM. Offering the power of a Raspberry Pi B+ without some of the bells and whistles. Allowing the displays to easily provide a standalone advertising presentation or information for visitors to read.

Upton explains more over on the official Raspberry Pi Blog :

We’ve been working on this project with NEC for over a year now, and are very excited that it’s finally seeing the light of day. It’s an incredible vote of confidence in the Raspberry Pi Compute Module platform from a blue-chip hardware vendor, and will hopefully be the first of many.

NEC have already lined up a range of software partners in retail, airport information systems, education, and corporate to provide presentation and signage software which runs on the Compute Module platform. You’ll be seeing these roll out in a lot of locations that you visit frequently.

Each display has an internal bay which accepts an adapter board loaded with either the existing Compute Module or the upcoming Compute Module 3, which incorporates the BCM2837 application processor and 1GB of LPDDR2 memory found on the Raspberry Pi 3 Model B. We’re expecting to do a wider release of Compute Module 3 to everybody around the end of the year.