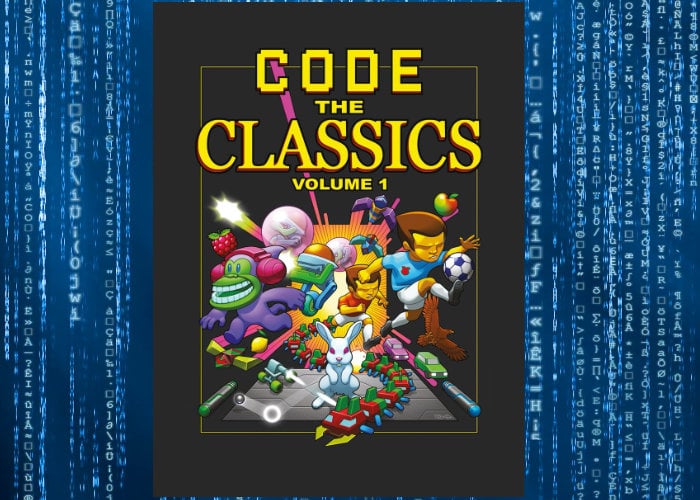 Raspberry Pi owners, gamers and those learning to code may be interested in a new book announced by the Raspberry Pi Foundation which is now available to preorder called Code the Classics – Volume 1. Orders will be shipping from 13th December and UK orders by 17th December 2019 will be delivered before Christmas.

“This stunning 224-page hardback book not only tells the stories of some of the seminal video games of the 1970s and 1980s, but shows you how to create your own games inspired by them using Python and Pygame Zero, following examples programmed by Raspberry Pi founder Eben Upton.

In the first of two volumes, we remake five classic video games – ranging from Pong to Sensible Soccer, each represents a different genre. We interview the games’ original creators and learn from their example, as well as utilise the art and audio engineering skills of two of the 1980s’ most prolific games developers for our recreated versions of the games.”