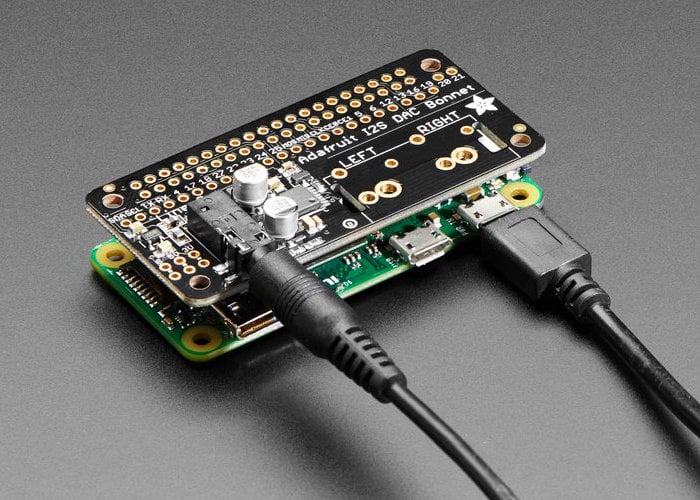 Adafruit explain a little more about the Raspberry Pi audio bonnet and its features and applications. “Add some easy-listenin’ tunes to your Raspberry Pi using this basic audio bonnet. It’ll give you stereo line out from a digital I2S converter for a good price, and sounds nice to boot! This bonnet features the UDA1334A I2S Stereo DAC, a perfect match for any I2S-output audio interface. It’s affordable but sounds great – music to our ears. 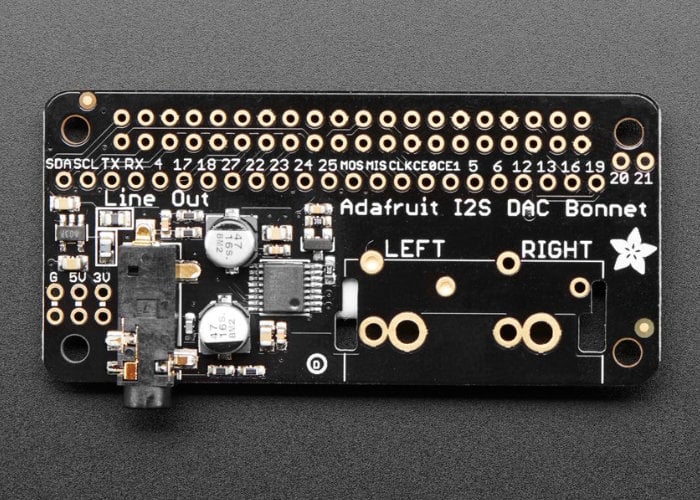 This Bonnet uses I2S a digital sound standard, so you get really crisp audio. The digital data goes right into the amplifier so there’s no static like you hear from the onboard headphone jack. And it’s super easy to get started. Just plug in any line level output into powered speakers or audio system. You can plug in headphones but you’ll get some distortion – so its best used into something that is expecting line level out”

The Raspberry Pi Adafruit I2S Audio Bonnet UDA1334A is now available priced at $9.95 directly from the well-stocked Adafruit online store.  If you enjoy building Pi projects you might be interested in our comprehensive list of Raspberry Pi displays, HATS and small screens.