We have featured an number of projects here on Geeky Gadgets over the years which have incorporated the awesome Raspberry Pi Mini PC since its launch.

But this latest project has also taken the services of Apple’s personal assistant Siri and combined her voice recognition to create a voice controlled garage door opener. Watch the video after the jump to learn more about the Raspberry Pi And Siri garage opener project and see it in action. 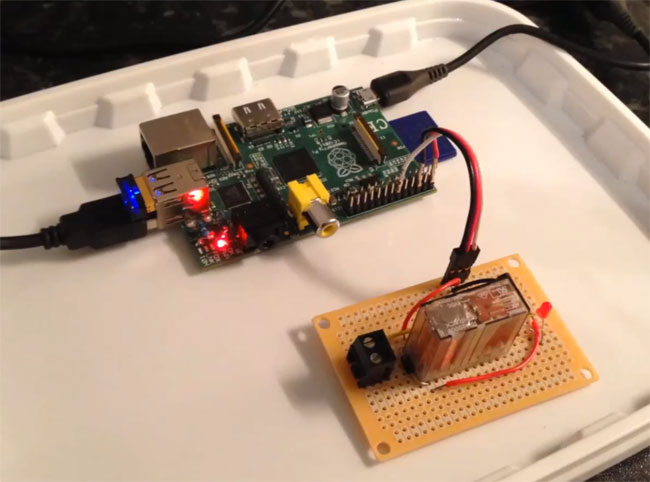 DarkTherapy the creator of the awesome gadget explains: “SiriProxy running on the Raspberry Pi, along with wiringPi to access the Pi’s GPIO pins and turn a relay on/off. The relay is then hooked up to my automatic garage door system. So, I have control of the door with Siri on my iPhone.” – “You can have siri to call any command you can type in a terminal window, such as a passwordless SSH login to a remote pc to have it shut down or rebooted.”

For more information jump over to the detailed blog post over on the Raspberry Pi forums. Enjoy!