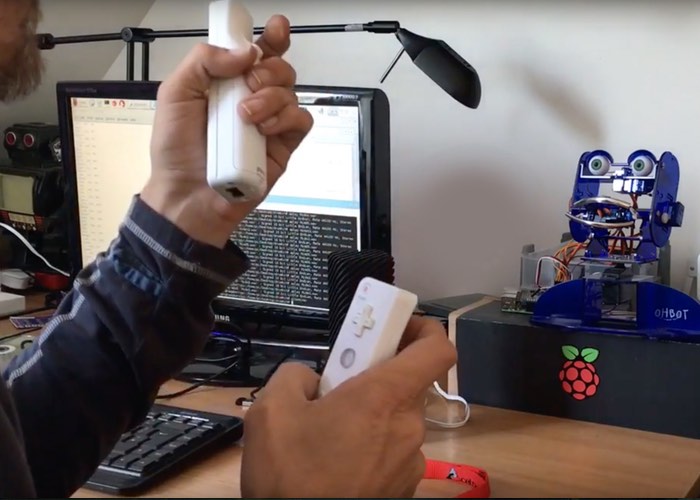 Musical Raspberry Pi enthusiasts that would like a project to keep them busy over the next couple of weekends, might be interested in this awesome Raspberry Pi powered air drum kit which has been created using two Wii controllers.

The system can be seen in action in the video below and all code you require to create your very own has kindly been made available by David Pride the creator and is available via the links below.

David explains a little more about the issues he encountered trying to get the Raspberry Pi to receive information from the two Wii controllers :

I’d only ever managed to get one controller working with a single Pi before, so the first challenge was to get a pair of controllers working as the ‘sticks’. That took a lot of mucking about, until I found the excellent post by WiiGate that detailed how to set up two controllers properly, using the MAC addresses.