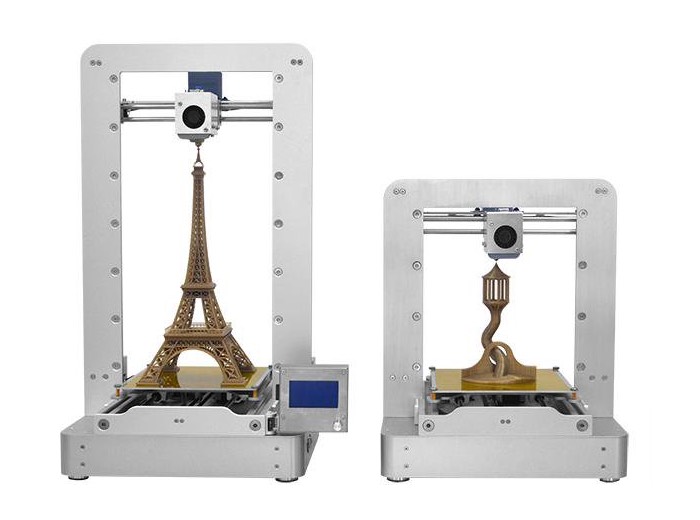 The new design will be launching on Indiegogo next month priced again at $999. Ethan Hunt, CEO of Rapide 3D explains :

“Following our highly successful campaign on Indiegogo for Rapide Lite 200, we will be going for a second round of funding for our latest creation, the Rapide Lite 200XL, a commercial quality desktop 3D printer with a build height of 400mm,” Hunt tells 3DPrint.com. “The Rapide Lite 200 campaign raised over $300,000 in just over 30 days, and less than 3 months later more than 700 of the 200 version have been delivered to contributors with rave reviews for the quality of build and precision of the printer.”

“The last campaign was highly successful and we expect this one to exceed the last one, based on the fact we delivered on time and with a substantially better printer than first promised,” said Hunt. “The response has been awesome from contributors who are all raving about the print quality and comparing Rapide Lite 200 to many other brands.”

Features of the new Rapid Lite 200XL 3D printer include :

For more information on the new Rapid Lite 200XL launch jump over to the Rapid 3D website to signup for more details.