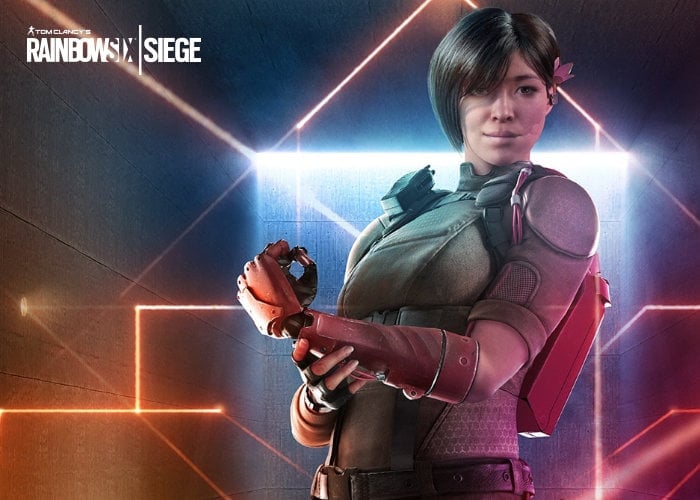 Ubisoft has this week released the new content for Rainbow Six Siege adding a new Defender as well as updates for the new PlayStation 5 and Xbox Series games consoles. Rainbow Six Siege Year 5, Season 4, entitled Operation Neon Dawn is now available to download, check out the Neon Dawn Operator gameplay video below to learn more about what you can expect.

“We are ending Year 5 of Rainbow Six Siege stronger than ever with the supercharged season Operation Neon Dawn! For this occasion, we’re introducing another Defender to our roster: fierce Thai Operator Aruni. She is equipped with the Surya Gate, a device that zaps drones and projectiles. This new Unique Ability will have opponents’ heads spinning.”

“Aruni is a new Defender from Thailand coming to Rainbow Six Siege in Operation Neon Dawn. Her gadget, the Surya Gate, projects a laser grid over doors, walls, hatches, and windows. These gates will destroy any drones or utility projectiles they come in contact with, and will damage Attackers that touch them, making Aruni a powerful architect of defense. Neon Dawn is also bringing a Skyscraper map rework, as well as some key gameplay updates, including increased flexibility for Hibana’s X-Kairos launcher and a change to Jäger’s ADS gadget.”

The latest season content and update also provides a rework of the Skyscraper map, a variety of balance tweaks and of course the new operator.