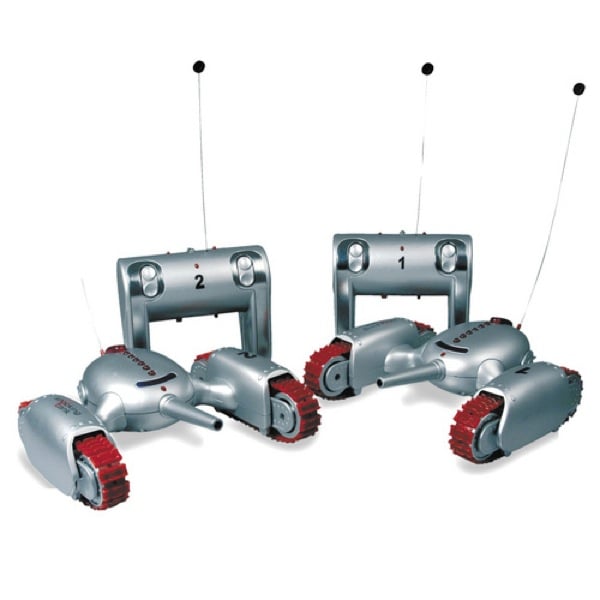 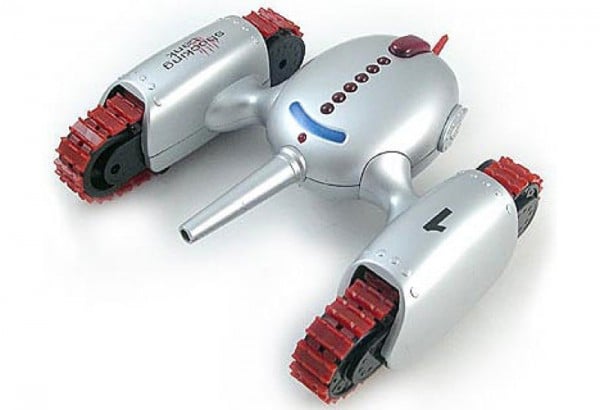 Each tank has an infrared cannon that delivers an electric shock from the radio controller to opposing tanks. The whole objective of the Radio Controlled Shock Tank is to knock an opponent’s tank out of commission. It takes up to five hits to defeat a rival tank.

Some of the product features of the Radio Controlled Shock Tank include two control unit tanks with built-in shocking function and speakers, to shock levels (which are defined as the wimp or tough guy level), and battle sound effects.

The Radio Controlled Shock Tank is recommended for individuals 14 years old and up. The shock tanks cost $50 and can be purchased through Amazon.