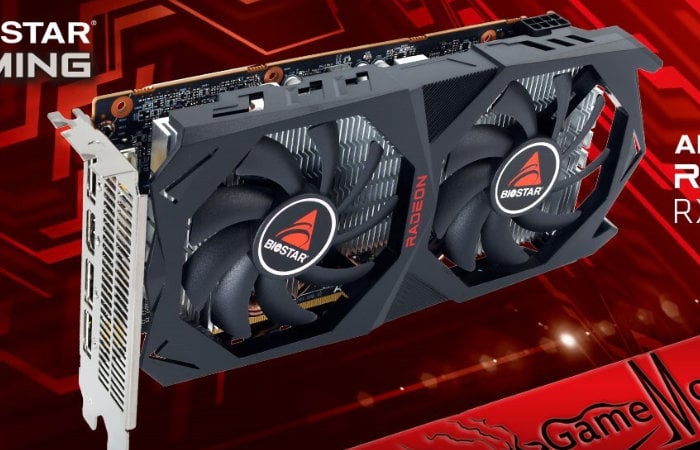 “The new BIOSTAR Gaming card has everything a gamer needs and more. Smartly engineered with a mix of die-cast aluminum and other industrial-grade material, the new BIOSTAR AMD Radeon RX 6600 XT graphics card is sleek and refined, with black and silver accents that showcase a prominent look in any chassis. Meanwhile, custom axial fans improve cooling efficiency for intense gaming workloads, providing an additional boost to the graphics card’s impressive performance.”

Unfortunately it seems that the BioStar Radeon RX 6600 XT graphics card might have a few issues according to Hardware Unboxed, check out his review in the video embedded below.

“Powerhouse performance, vivid visuals, and spectacular immersion make the new graphics card from BIOSTAR the best choice for all occasions. Designed for gamers, content creators, and casual content consumption, this graphics card can be considered the jack of all trades in the GPU market.