If you a have ever wondered what it would be like to race against one of the worlds fastest marathon runners, a new massive 60 ft video wall advertising the New York marathon allows you to see just what a 4.46 mile pace looks like.

Olympian Ryan Hall, has a stride that measures a massive 6ft 10 inches and even showed up to see if he could beat himself. Watch races compete against the video wall after the jump. 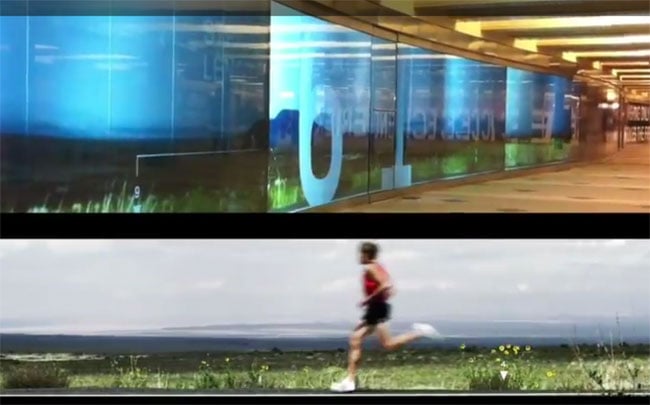 Although many were racing from a standing start the pace at which Ryan Hall is staggering and to think he keep that up for 26.2 miles is amazing.