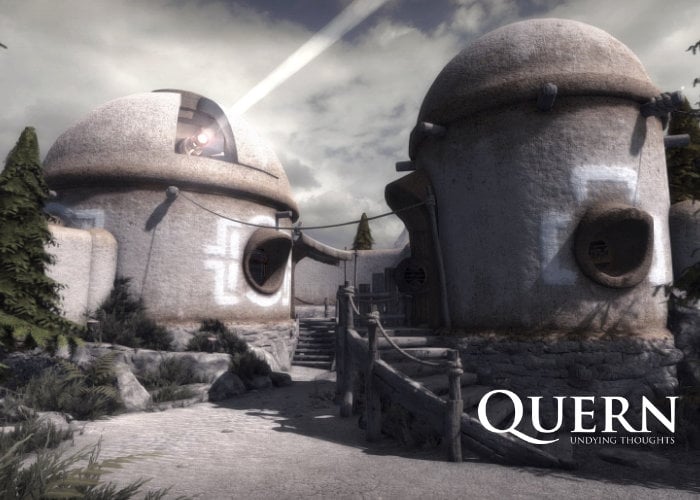 The new adventure game this by Zadbox Entertainment previously launched on the PC, Linux, Mac OS and Oculus Rift virtual reality headset. Will be making its way to consoles later this week on April 23rd 2020.

“The plot involves a character arriving through a large gateway, which destructs upon their arrival, on the mysterious island of Quern with no memory of the past. There are dozens of puzzles to solve that open approximately 50 locked doors. All are needed to find a way off the island. There is no hostility or combat.”

“You try to clear your vision and get on your feet after your arrival. You hear the portal closing behind you as you take a step forward. You are trapped, your way back is gone. Quern – Undying Thoughts is a first-person puzzle adventure game, inviting you on a journey to explore it and solve its challenges. Put your mind to the test with the increasingly complex puzzles, and unravel the mysteries of the island. Immerse yourself in the beautiful scenery of the island as you discover new places. Follow the hints of the past as you delve deeper into the story to understand the importance of your presence.”

The Quern Undying Thoughts adventure is now available to pre-order and pre-download in anticipation of its console launch next week.