So there’s a company called D-Wave Systems over in Canada who are pushing the envelope with this whole Quantum computing stuff. It’s among the farthest technological frontiers of our time and like most cutting edge territories, it’s hard to understand. But this hasn’t kept news of a breakthrough from spreading. It turns out a qubit-powered quantum computer made by D-Wave did an impressive calculation recently, garnering much commented attention. 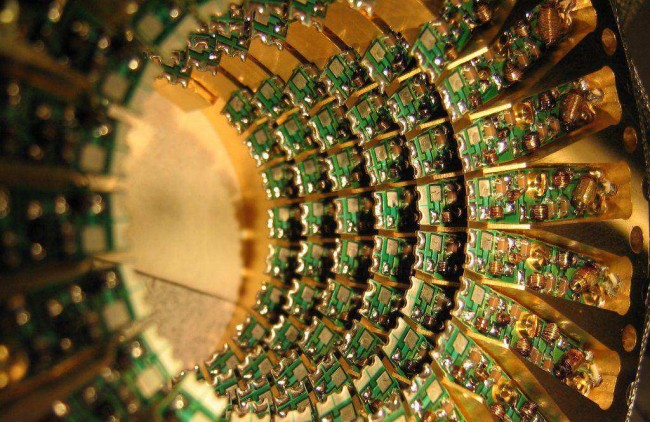 Ah, since Math isn’t this writer’s strong suit (you wouldn’t believe the grades he got in college algebra—embarrassing!) here’s a block quote [or two] from the source text: (Sorry!)

To prove that quantum computing really is pushing forward, Zhengbing Bian at D-Wave used one of the company’s machines to tackle a very difficult calculation known as a “two-color Ramsey number.”…

…The system required just 28 qubits to actually solve the Ramsey problem, using the other 56 for error correction. And, because this was a Ramsey problem that has already been solved by conventional means, Bian and company know that their D-Wave computer came up with the correct solution (it was 8).