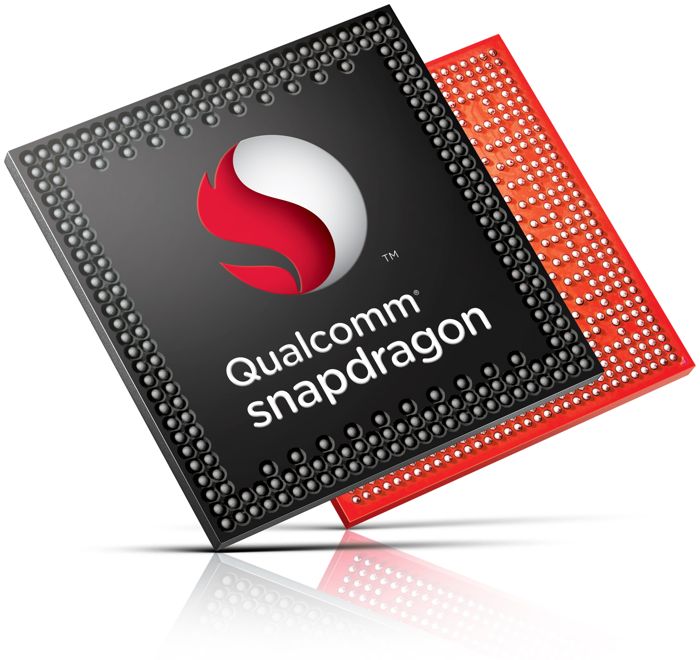 The Qualcomm Snapdragon 810 was announced back in April, the processor is a 64-bit mobile processor, and now it has turned up in the AnTuTu benchmarks in a prototype handset.

The prototype smartphone that appeared in the AnTuTu database came with a resolution of 2560 x 1600 pixels, and 4GB of RAM, there was also an Adreno 430 GPU and the device was running Android 4.4.2 KitKat. 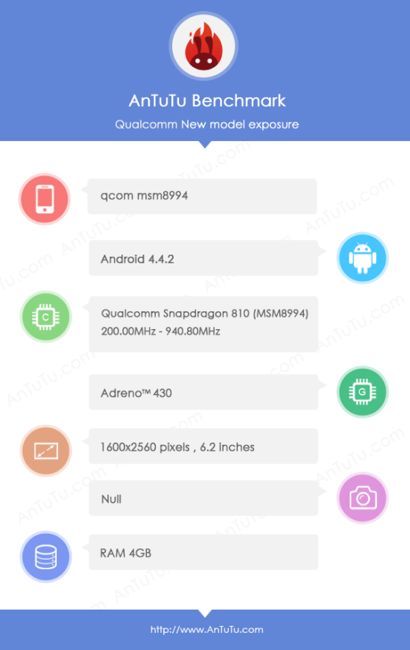 The processor listed in the benchmarks had a clock speed of 940.80 MHz, this is probably because it is a prototype, and when it is released it is expected to come with a clock speed of 2GHz.

When the processor was announced, Qualcomm said that the new Snapdragon 810 would be made up of a quad core 64-bit ARM Cortex A57, plus a quad core Cortex A53 processor, and it will offer support for high end LPDDR4 RAM, plus 4K video.

As yet we do not have any details on which will be the first smartphone to use the new Qualcomm Snapdragon 810 processor, we are expecting to see some devices with the processor early next year, and wouldn’t be surprised if some appear at MWC 2014 next February.