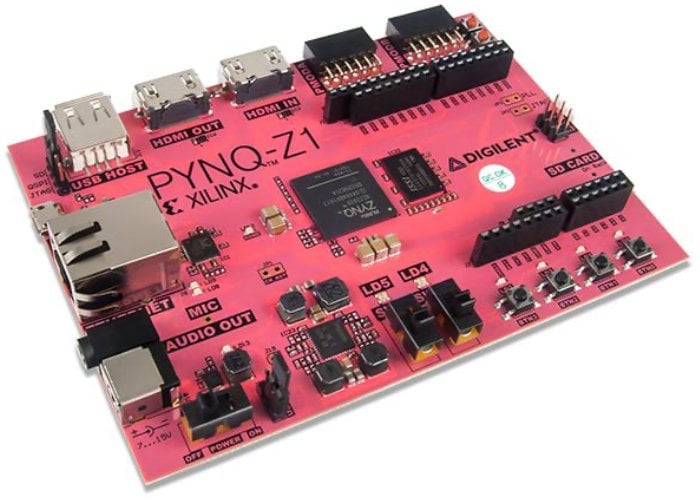 Developers, enthusiasts and makers looking to develop using the PYNQ open-source framework may be interested in a new development board aptly named the PYNQ-Z1 specifically designed for the platform and includes a number of useful features including a web server hosting the Jupyter Notebook design environment, IPython kernel and packages, Linux, base hardware library and API for the FPGA and more.

The PYNQ-Z1 is perfect for developers and designers who want to extend the base system by contributing new hardware libraries, Xilinx Vivado WebPACK tools without having to design programmable logic circuits. Instead the APSoC is programmed using Python, with the code developed and tested directly on the PYNQ-Z1. The programmable logic circuits are imported as hardware libraries and programmed through their APIs in essentially the same way that the software libraries are imported and programmed.

Features of the PYNQ-Z1 development board include :